Home Auto News Flying Taxis Could Take Off In Europe By 2024, Regulator Says

Flying taxis could take off in Europe by 2024, regulator says

European Union Aviation Safety Agency is working on a coordinated approach to address unmanned flight with the US Federal Aviation Administration and other international regulators.
By :
| Updated on: 19 May 2021, 05:50 PM 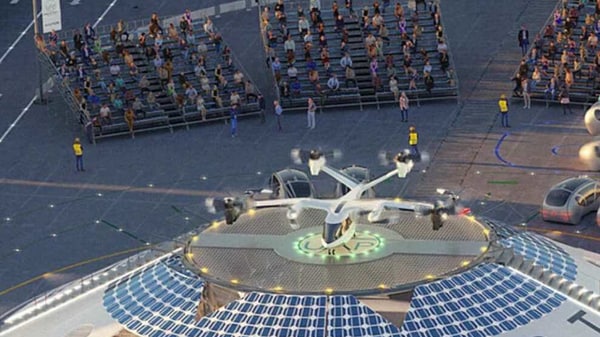 Electric flying taxis may be cleared for takeoff in European skies by 2024 or 2025, according to the region’s top air-safety regulator.

Piloted craft that take off vertically could see commercial use carrying packages before passengers, Patrick Ky, executive director of the European Union Aviation Safety Agency, said in an online event on Wednesday.

EASA has just started to work with companies on how to address unmanned flight, the regulator said. The agency is working on a coordinated approach with the U.S. Federal Aviation Administration and other international regulators.

With autonomous passenger transport, it’s easiest to start with air taxi vehicles, “because we’re looking at smaller scale aircraft," Ky said. With companies, “we’ve not gone too far because it requires a lot of thinking on how you want to deal with the autonomy concepts."

EASA also published the results of a survey on urban air mobility, which polled 4,000 citizens in six European cities. They found that 83% of respondents had a positive initial attitude, with uses like emergency and medical transportation getting strong support.

(Also read | F1 of the skies? This could be world's first electric flying car race event)

Craft that fly in crowded cities are likely to require higher safety standards, and regulators will have to contend with nuisance concerns like noise and visual clutter, Ky said.