Air purifiers are becoming increasingly common in upper variants of new cars on offer for the Indian buyer.
By : HT Auto Desk
| Updated on: 07 Oct 2020, 01:12 PM 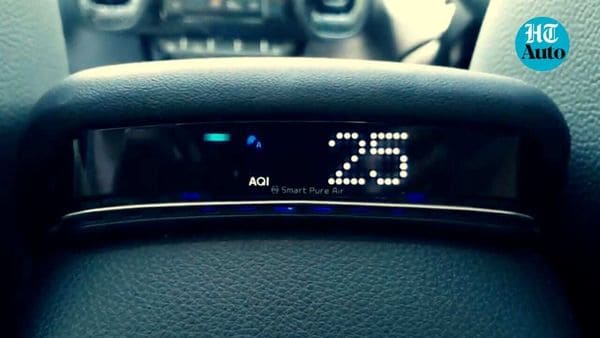 Air purifiers, whether in homes or inside cars, are becoming a common and much-needed device in polluted Indian cities.

India's yearly grapple with high pollution levels is once again showing ominous signs in Delhi and adjoining reasons as air toxicity has steadily slipped over the past several days. While several Indian cities have high and unsafe levels of pollution on a consistent basis, winter months in northern cities across Delhi/NCR, Haryana, Punjab and Uttar Pradesh see air quality index rise to alarming levels. It is hardly surprising then that several car makers have started fitting their vehicles with air purification systems and highlight it as a starring feature when marketing their products.

Even if air filtration and purification systems were either unheard of or were considered rather gimmicky till a few years ago, these have now become a part of daily lives and so, having one in a vehicle would only make practical sense.

Here are five cars in India that now also get air purifiers, albeit in upper variants:

Hyundai Venue: Hyundai is increasingly equipping its cars with an air purification system and Venue, its offering in the sub-compact SUV segment also gets this feature.

Hyundai Creta: Creta 2020 has been an instant hit since being launched earlier this year. Its air purifier though would face its first big test this season. The air purification system is also present in a few other Hyundai cars like the recently-launched 2020 Verna.

Kia Seltos: If Hyundai can, Kia will. Seltos has been a strong performer for the Korean company in India and, apart from several design and mechanical highlights, also gets an air purification system.

Kia Sonet: Sonet deserves a mention in this list because it is one of the latest cars to be launched in the Indian market. Kia claims that Sonet has a two-level purification system which is also capable of tackling viruses and bacteria.

MG Gloster: Gloster promises to be a luxury SUV with looks, dimensions and drive capabilities that will evoke second glances galore. The latest product from MG camp is also loaded with a whole lot of tech but its air purifier will perhaps be most vital for occupants.

Air purifiers - factory-fitted or bought from shops as a separate device - may seem like a novelty item but are being increasingly preferred by car buyers, especially in northern Indian cities. And while work from home may keep you from driving your vehicle on a daily basis, it is still imperative to take every possible precaution.