Fiat Chrysler Automobiles NV agreed to a pay package providing a typical United Auto Workers member with $29,500 in wage increases and bonuses over the next four years, according to a summary of a pact reached with the union.
By : Bloomberg
| Updated on: 05 Dec 2019, 08:45 AM 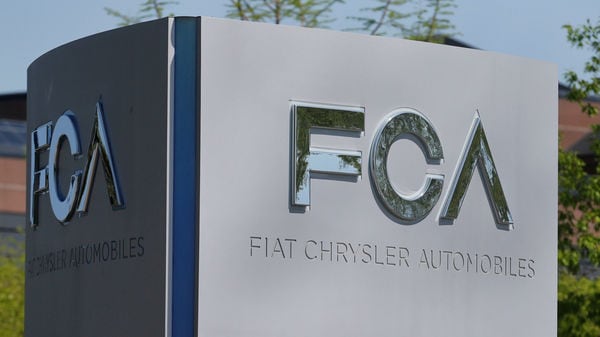 Fiat Chrysler Automobiles NV agreed to a pay package providing a typical United Auto Workers member with $29,500 in wage increases and bonuses over the next four years, according to a summary of a pact reached with the union.

The hefty disbursements, details of which were revealed on Wednesday, is a result of concessions Fiat Chrysler made to the UAW to boost wages for less-senior and temporary employees in their tentative deal reached last week.

Newer hires who started at lower wages and have progressed up the pay scale will reach the top hourly rate by the end of 2023, the summary said. Fiat Chrysler will also widen a pathway for temporary workers to reach full-time status and receive top pay. About 3,800 temporary workers will become full-time next year, according to a UAW spokesman.

The UAW’s national Fiat Chrysler council voted in a day-long meeting in Detroit Wednesday to send the new four-year contract to members for ratification. Members will start casting ballots Dec. 6.

The company and the union negotiated against a tumultuous backdrop. Talks heated up on Nov. 15, just two weeks after Fiat Chrysler announced a plan to merge with France’s PSA Group.

Since then, the UAW expelled its president for allegedly unethical behavior exposed by a federal corruption probe, and Fiat Chrysler was hit by a lawsuit from GM alleging the Italian-American automaker cost it billions by bribing union officials and tainting labor contracts. The UAW denied the contracts were tainted, and Fiat Chrysler called the lawsuit “meritless."

As the last in line to bargain following deals clinched with GM and Ford, Fiat Chrysler had little room to depart from the richer wage and benefit packages the UAW secured from the other two companies. That may have been compounded by GM’s lawsuit, which put pressure on Fiat Chrysler to show it’s not getting special concessions from the union, analysts said.

Here are some highlights of what’s in the contract:

About 59% of Fiat Chrysler’s U.S. workforce are “in-progression" and 13% are temps, Chief Executive Officer Mike Manley told analysts during an Oct. 31 earnings call. Because those percentages are much lower at both GM and Ford, the pay bumps will have a greater impact on Fiat Chrysler’s labor costs.