Neither GM or Ford is building ventilators at present, while Tesla CEO Elon Musk tweeted Friday that his company was 'working on ventilators' but he didn’t specify how long it might take.
By : AP
| Updated on: 23 Mar 2020, 09:08 AM 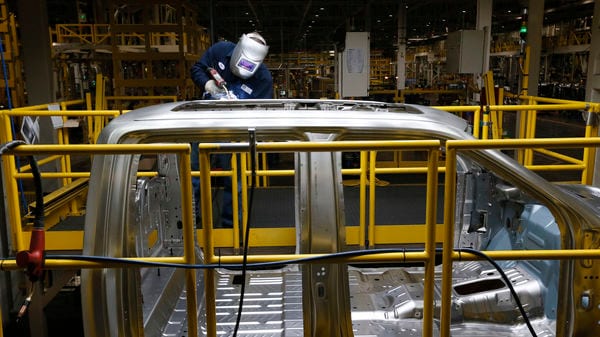 President Donald Trump is falsely asserting how quickly automakers including GM, Ford and Tesla can manufacture ventilators to help fill an acute U.S. shortage of the medical equipment for coronavirus patients.

Ford and GM have yet to start production, and it would take them months, if not longer, to begin production, if it's even possible.

A look at the claim:

TRUMP: “Ford, General Motors and Tesla are being given the go ahead to make ventilators and other metal products, FAST! @fema Go for it auto execs, lets see how good you are?" — tweet Sunday.

TRUMP, on addressing a shortage of ventilators: “General Motors, Ford, so many companies — I had three calls yesterday directly, without having to institute like: `You will do this’ — these companies are making them right now." — briefing Saturday.

THE FACTS: No automaker is anywhere close to making medical gear such as ventilators and remain months away — if not longer. Nor do the car companies need the president’s permission to move forward.

Neither GM or Ford is building ventilators at present, while Tesla CEO Elon Musk tweeted Friday that his company was “working on ventilators" but he didn’t specify how long it might take. His tweets also questioned the need and said it couldn't be done immediately.

Unless automakers can move with unprecedented speed, redirecting plants to make completely different products will take a long time — possibly too long to help with medical gear shortages.

“When you are repurposing a factory, it really depends on how similar the new product is to the existing products in your product line," said Kaitlin Wowak, a professor at the University of Notre Dame who focuses on industrial supply chains. “It’s going to be a substantial pivot to start producing an entirely different item."

GM announced on Friday that it is working with ventilator maker Ventec Life Systems to ramp up production. The automaker said it would help with logistics, purchasing and manufacturing, but stopped short of saying it would make ventilators in its own factories, which have been idled for two weeks after workers who'd been fearful of the contagion put pressure on the company.

Any manufacturing at GM would come much later. GM does have a lot of 3D printers and could make parts and other things to help, but it does not need permission from Trump. In fact, GM manufacturing engineers were at Ventec late last week working on this, well before Trump's tweet.

Ford, which also suspended factory production along with other automakers with operations in North America, confirmed that it too was in discussions with the Trump administration about helping, but had not started.

“We’re looking at feasibility," Ford spokesman T.R. Reid said. “It may be possible, but it’s not you go from Rangers (small pickups) one day to ventilators the next. We’re figuring out what is possible now."

Trump said last week that he invoked the Korean War-era Defense Production Act, which allows the government to marshal the private sector to fight the Covid-19 pandemic. But he did not give examples as to how he was using it.

On Sunday, Dr. Anthony Fauci, director of the National Institute of Allergy and Infectious Diseases and a member of the White House coronavirus task force, indicated that Trump had not used the act to trigger production of medical equipment.

“What the president was saying is that these companies are coming forth on their own," Fauci told CBS' “Face the Nation."

The director of the Federal Emergency Management Agency, Peter Gaynor, agreed. “I think it's an insurance policy. Right? It's a lever. If we have to throw that lever we will," he said on NBC's “Meet the Press."