Electric vehicles are selling like hotcakes in the Chinese automotive market.While the likes of Tesla remain a firm favourite, local manufacturers are reporting record sales.
By : HT Auto Desk
| Updated on: 09 Apr 2021, 06:00 PM 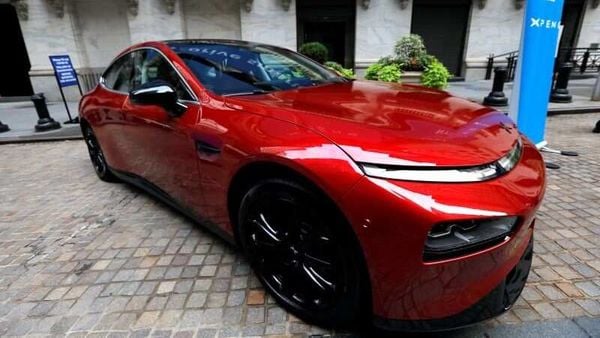 The boom in sales of electric vehicles was expected to be most felt in the Chinese automotive market in the first quarter of 2021. And once the figures started rolling in at the end of March, it was quite clear why it was quite the loud bang. A massive 279.6% year-on-year growth of new-energy vehicles - term used by the Chinese government to refer to both plug-in hybrids as well as fully-electric vehicles - has been rated as nothing short of phenomenal by analysts who especially point out the larger say that local EV makers are having here.

The Chinese automotive market, as a whole, is the largest in the world. The EV market, consequently, is also mammoth. But Q1 of 2020 was marred by Covid-19-related complications as strict lockdowns were imposed by the Chinese government that obviously impacted both production as well as sales. As such, the bounce back in the first quarter of 2021 was always going to be stellar. But the degree of this bounce back, still, has left many impressed.

While global giants like Tesla and Volkswagen remain key players, local manufacturers like BYD, Nio and Xpeng have had a whole lot to cheer as well. Take BYD for instance. The Shenzen-based company reported a 97% year-on-year growth by selling 24,218 EVs between January and March of this year. Recent launches are expected to further propel the upward flight.

The figures are far more impressive over at Nio camp. The company sold 2,060 EVs in Q1 of 2021, up by a whirlwind-like 423% from the same quarter of 2020. And if that somehow isn't impressive, Xpeng reported a 487% year-on-year growth for the quarter ending March 31.

Overall, as many as 226,000 pure electric and plug-in hybrids were sold in the country just the month of March. This is a 239% increase from figures from March of 2020. Reuters reports that Tesla continued to push its way forward and sold 35,478 units in the month, double of what it had sold in February of this year itself.

While Covid-19 remains a very real threat the world over, China has managed to deal with the outbreak with an iron fist. Many feel this, apart from the fact that the Chinese government offers a number of subsidies, is likely powering the EV revolution here.