Europe’s new-car registrations have fallen by almost a third this year to 7.3 million. Sales have held up better in the US and have started growing again in China.
By : Bloomberg
| Updated on: 17 Sep 2020, 14:21 PM 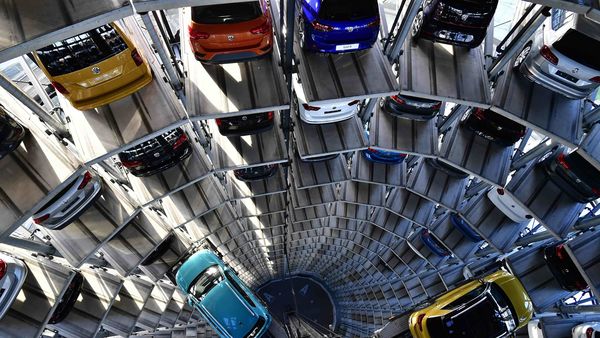 European car sales plunged by nearly a fifth in August, dashing hopes that the industry was starting to recover from the pandemic and suggesting that the market could remain depressed through year-end.

The results snapped a three-month streak of easing declines, the European Automobile Manufacturers Association said Thursday. Sales had slipped only 3.7% from a year ago in July.

The Stoxx 600 Automobiles & Parts Index fell as much as 2.3% in early trading, the day’s worst-performing subgroup on the wider European gauge, with Porsche Automobil Holding SE, Volkswagen AG and Renault SA among the biggest losers.

Last month’s sales drop was worse than the 15% decline that Michael Dean, a Bloomberg Intelligence analyst, anticipated based on data reported by the top-five countries in Europe that account for almost three quarters of sales. The fall is surprising given the expectation of some pent-up demand after months of lockdowns, he said in a report this week.

“Sales are on track to decline by at least 20% in 2020, and the drop may be worse if August’s setback is an indication that July’s demand bounce was only a short-lived recovery supported by subsidies," Dean wrote.

Europe’s new-car registrations have fallen by almost a third this year to 7.3 million. Sales have held up better in the U.S. and have started growing again in China.

(Also read: One out of four cars in Europe will be electric in five years: Study)

German Chancellor Angela Merkel has held firm against calls by the country’s auto industry for more state aid, despite some of her ministers calling for additional help. The slump has had an outsize effect on suppliers that have seen orders for components crater and been pressured to cut prices. Continental AG, one of the world’s largest parts makers, said this month it will cut as many as 30,000 jobs, while Schaeffler AG is culling 4,000 positions and closing or selling several plants.