Euler Motors says that it plans to use the fresh funds to come up with a new production facility. It also announced that so far it has raised ₹50 crores in its series A fundraise.The company plans to come up with its first electric cargo three-wheeler in Q2 2021.
By : HT Auto Desk
| Written By : Prashant Singh
| Updated on: 04 Mar 2021, 06:11 PM 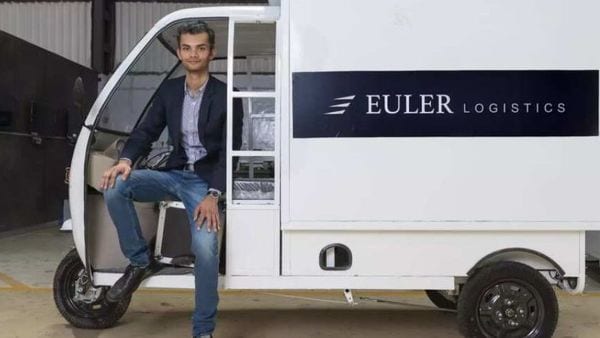 Euler Motors plans to come up with its first electric cargo three-wheeler in Q2 2021.

Euler Motors, electric commercial vehicles company has announced that it has raised ₹30 crores under its ongoing funding round. The company said in a press note sent on Thursday that the ongoing Series A round was led by existing investors, Inventus India and Jetty Ventures. The round also witnessed the participation of the existing investor - Sujeet Kumar, Co-founder, Udaan along with new investors Srinivas Anumolu & K Ganesh from Growth Story.

(Also Read: Euler Motors eyes 10-fold increase in revenue as it gears up to expand operation)

“Our vision is to make electric vehicles mainstream in India by building commercial vehicles that are at par with ICE vehicles in terms of quality & performance. The new investment has come at a time when the company has demonstrated extreme resilience during the pandemic and is now all set for the next phase of growth," said Saurav Kumar, Founder and CEO, Euler Motors.

As pe the company, it plans to route these funds to come up with a new production facility. It will also invest in R&D activities, and expansion of charging and servicing infrastructure. Euler also announced that so far it has raised ₹50 crores in its series A fundraise. While nearly ₹65 crores have been raised since the company’s inception.

“I am delighted that our existing investors trust our vision and execution, and have chosen to continue to invest in Euler Motors. With their support and that of our suppliers and team, I am confident that we will gain momentum quickly following our upcoming launch, and over time, democratize the EV market," Kumar added.

The company plans to come up with its first electric cargo three-wheeler in Q2 2021.