The EU move could help resolve several court battles between automobile makers and technology companies, like the one between Nokia Oyj and Daimler AG.
By : Bloomberg
| Updated on: 25 Nov 2020, 07:20 PM 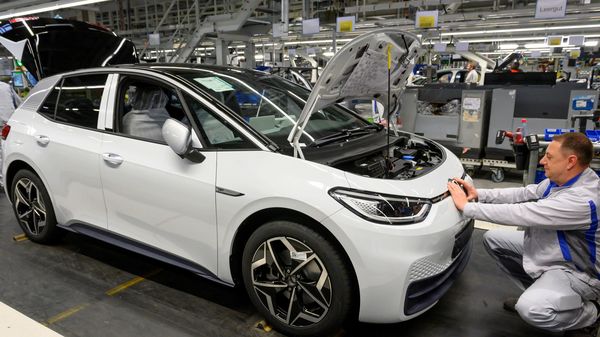 The European Union will seek a sweeping overhaul of key patents that have fueled court battles between car makers and technology companies, the EU’s technology chief said Wednesday.

Margrethe Vestager said regulators “will consider reforms to further improve the framework in place for standard-essential patents" and work on industry-led initiatives “to reduce frictions and litigation" that has dogged industries such as cars seeking to add communications technology, she told a Wednesday press conference.

The EU move could help resolve lengthy legal battles, such as Nokia Oyj’s effort to get Daimler AG to pay more for mobile technology used in cars. Companies often seek court help to determine whether certain technology patents are valid and how much should be paid for licensing technology seen as essential for an industry. The EU has often been asked to weigh in on how much is fair for key technology.

“There’s quite a lot of litigation back and forth and in the short-term we would want to push for industry to figure out how to set up foras to enable discussions and mediation so that maybe to a bigger degree it can be solved out of court, Vestager said.

The current system to set up so-called standard essential patents deemed key to certain technology “is not very transparent," she said. “This is why we will consider a very close consultation with anyone involved whether we should set up a third-party essential ‘reality check’ so someone outside of your business" can rule on whether a parent is really important or not.

It’s important that there be broad agreement in an industry on the right patents for an essential patent instead of many, she said.