Elon Musk owes tax bill worth $11 billion but Tesla will pay no tax. Know why

A Report suggests Tesla may have opted for US multinational structuring that has helped it to save the big bucks from going into taxes.
By : HT Auto Desk
| Updated on: 13 Feb 2022, 06:04 PM 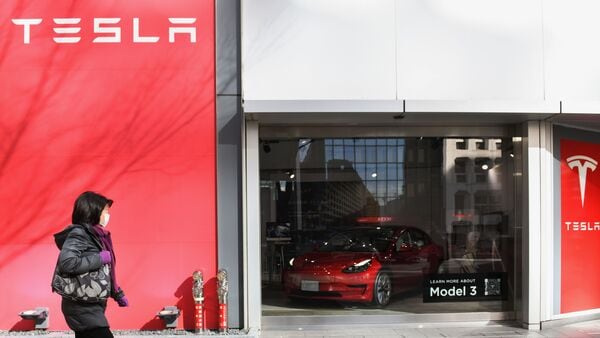 Tesla will not pay any federal taxes this year as the EV company’s recent financial filing with theSecurities and Exchange Commission show its federal tax bill sum totalled nothing. According to a report by Carscoops, Tesla chief Elon Musk shared that he owes tax bills of roughly $11 billion to the Internal Revenue Service, but may not have to pay such federal taxes for some time to come.

One might think how does the popular EV company manage to do this? Despite earning a net revenue of $5.5 billion and an adjusted income of $7.6 billion, Tesla conveyed the US side of its operations lost $130 million in 2021 as a pre-tax amount. The company claimed over $6 billion of its pre-tax profits flowed in through overseas operations, though the report stated 45 per cent of the EV brand’s revenue originated from US sales.

The report also added chief economist for Tax Analysts Martin Sullivan’s perspective. Sullivan said although it defies common sense, it does not defy the US tax code. He conveyed the EV major may have taken the route of structuring practice that allows their overseas operations to report income. In this process, a company assigns its IP to a foreign unit with the US arm paying a fee to use it and meanwhile the former shares a report of a loss or diminished income. “It’s a US multinational thing. It’s very common. It’s almost malpractice not to do that," added Sullivan. President Joe Biden had mentioned cracking down on these regulatory loopholes, however, not much has been done so far, mentioned the report.

The report also informed about Musk who did not have to pay any income tax back in 2018. This is because he doesn’t earn a salary from the company. His recent tax bill was due to stock trades as he had to exercise his options before they expired.

Whatever the case might be at present, Tesla may not have to worry about being taxed for some time now as its years of losses will result in a future tax break. These losses known as net operating loss carry-forwards have been accumulated over 10 years during the brand's developmental years. And, hence these losses has helped the EV company earn a sizeable net operating loss carry-forwards that it could use in the future.