Tesla CEO Elon Musk on verge of pocketing another $3 billion

Elon Musk has raced to be one of the richest persons in the world.Musk's compensation is exclusively made up of a series of potential stock options rewards based on market capitalization and operational goals.
By : Reuters
| Updated on: 07 Oct 2020, 08:46 AM

The electric car maker on Tuesday saw the six-month average of its stock market value hit $250 billion, a milestone toward triggering the fourth of 12 tranches of options to buy Tesla stock at a discount, granted to the billionaire in his 2018 pay package.

Musk's compensation is exclusively made up of a series of potential stock options rewards based on market capitalization and operational goals. To secure Musk's fourth tranche, Tesla still must hit a goal related to revenue or profitability, and that could happen in the company's third-quarter report, the date of which has yet to be announced.

(Also read: Tesla entering India? Why it is too early to charge up celebrations)

Tesla’s stock was down 0.8% at mid-day on Tuesday, but the company's six-month average market capitalization rose, thanks to a strong rally in recent months.

Each tranche gives Musk the option to buy 8.44 million Tesla shares at $70 each, about a sixth of their current price.

At Tesla’s current stock price of $420, Musk would theoretically be able to sell the shares related to the upcoming tranche, plus three other tranches that vested in recent months, for a combined profit of $11.8 billion, or almost $3 billion per tranche.

Musk’s first tranche was worth about $700 million in May, when it vested, but its value has increased along with Tesla’s stock price. 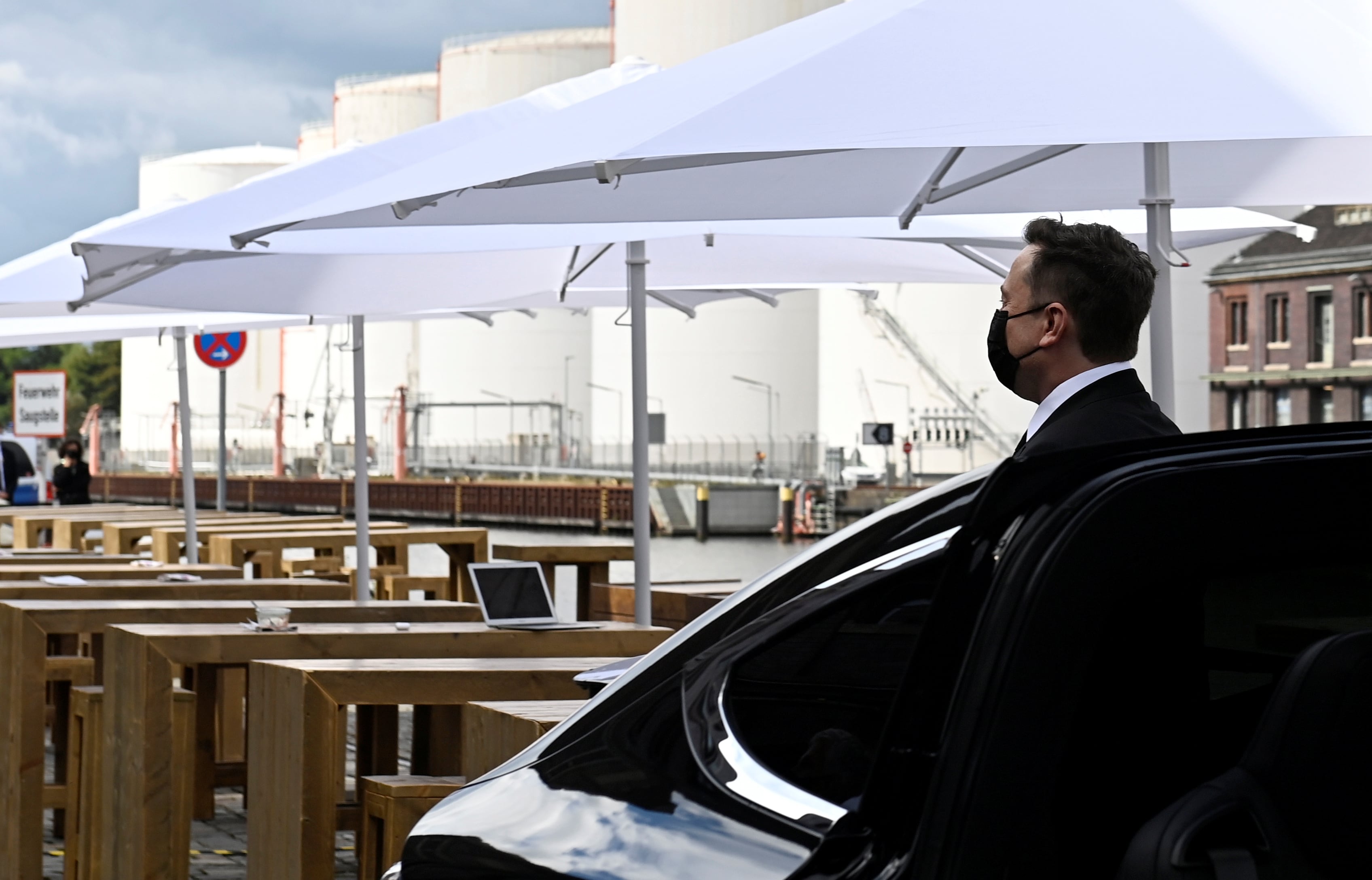 Elon Musk is determined to up volumes at Tesla, a key way in which the company can aim to keep its stock value high. (REUTERS)

The Silicon Valley billionaire's pay package, which surpasses anything previously granted to top US executives, was controversial when it was approved by shareholders. The median compensation for Tesla employees last year was about $58,000, according to a company filing.

Tesla’s stock has surged 400% in 2020 as the company increased sales of its Model 3 sedan, giving it stock market value of almost $400 billion. After Tesla last week said it delivered a record 139,300 vehicles in the third quarter, investors are now awaiting the company's quarterly financial report.

While investors focus on gross margins, free cash flow and earnings per share in that report, adjusted EBITDA will be key to Musk's personal finances. EBITDA, which stands for earnings before interest, taxes, depreciation and amortization, is a non-GAAP operating metric that Tesla further customizes by excluding the cost of stock-based compensation, including Musk's.

In the four quarters through June, Tesla's adjusted EBITDA reached $4.42 billion, just short of a $4.5 billion milestone that would open the way for Musk's next options tranche.

JPMorgan estimated in a recent client note that Tesla will report adjusted EBITDA of $1.183 billion for the September quarter, which would raise Tesla's rolling four quarters of adjusted EBITDA to $4.52 billion. That, along with Tuesday's increase in the company's six-month average market capitalization, would qualify Musk for his next options payout.