Musk said that Tesla's under-construction factory in Berlin will cater to the needs of European buyers, which would primarily mean a compact and affordable vehicle.The Tesla CEO also said that the company would soon be debuting long-range improved models of existing EVs.
By : Bloomberg
| Updated on: 24 Nov 2020, 19:50 PM

Elon Musk briefed a European battery conference on Tesla Inc.’s efforts to bring longer-range electric cars to market in the coming years, though he broke little new ground with regard to timing or other specifics.

Tesla will debut improved versions of existing models that approach 700 kilometers (435 miles) of range and has cars under development for the long term that could reach 1,000 kilometers, the chief executive officer said Tuesday. Musk has tweeted before that the revived Roadster model will cross that threshold, though the car is years behind schedule.

The factory Tesla is building near Berlin will make cars catered to European buyers, which tend to favor smaller, more affordable models for urban environments, Musk said. He hinted earlier this year that the company might design and engineer a hatchback from Germany.

“In Europe, it would make sense to do a compact car, perhaps a hatchback," Musk said during the event hosted by Germany as part of its European Union Council presidency. “I’m sure there will be others as well."

Musk, who overtook Bill Gates as the world’s second-richest person on Monday, headlined the event along with the likes of German Economy Minister Peter Altmaier and his Italian counterpart Stefano Patuanelli. The big names reflect the amount of optimism in Europe about the region’s surge in electric-car demand. 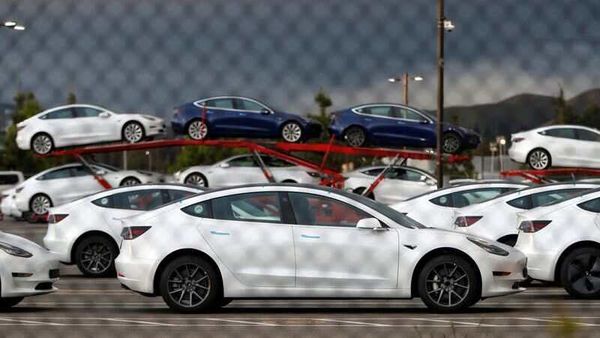 At Tesla’s own “Battery Day" in September, Musk laid out a plan to build a $25,000 car and cut battery costs in half over the next three years. But making a truly mass market electric car at a profit will require more and cheaper batteries than currently available. Most global automakers have shied away from producing their own battery cells, citing the high investment costs and their lack of expertise in an industry dominated mostly by Asian manufacturers including LG Chem Ltd., CATL and Panasonic.

Tesla and Musk have the means to finance a major battery push. The 49-year-old entrepreneur’s net worth soared to about $128 billion on Monday, bypassing Microsoft Corp.’s co-founder Gates, driven by yet another surge in Tesla’s share price.

The US company is building an electric-car factory near Berlin that will be Tesla’s first in Europe. It’s slated to start production next summer and could eventually assemble as many as 500,000 cars a year. The project is an important expansion as it positions the company in the backyard of German auto giants Volkswagen AG, BMW AG and Daimler AG as they ramp up their own electric-car offerings.

Tesla is working on cheaper, longer-range and more environmentally friendly batteries than ones available today, Musk said during the conference. They’ll eventually be made at the company’s German plant.

“We’ve made it now at a benchtop level," Musk said of the batteries Tesla is working on. “We’re aiming soon to have it done at a pilot-plant level, and then the intent for the Berlin-Brandenburg plant would be to have it done at scale."