Tesla CEO Elon Musk has often fired worded salvos on his Twitter handle. Often, some of these have cost him millions of dollars and has also invited legal scrutiny.
By : HT Auto Desk
| Updated on: 03 Jun 2020, 03:14 PM 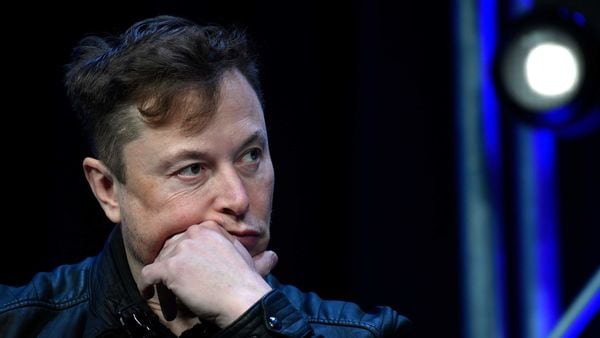 Elon Musk, in one of his many tweets recently, had said that he would be selling “almost all” of his physical possessions. He also said that Tesla stocks are overpriced in one of his tweets.

With 35.5 million followers on Twitter, Elon Musk is right up there as one of the most followed entrepreneurs in the world. His following on the micro-blogging site is more than that of many Hollywood celebrities, sports personalities, Heads of States, and even Pope Francis. On Tuesday, the Tesla CEO announced he is steering clear of the social media platform 'for a while.'

Musk is one of the most active entrepreneurs on Twitter and has used the platform to not just make announcements related to his companies but also interact with followers - making observations and replying to queries. Not all of his followers may be his fans but the eccentric personality of Musk - especially on Twitter- has almost always divided opinions.

"Off Twitter for a while," Musk wrote in what could be his last tweet for some time now.

And as usual, the words were met with contrasting opinions. And almost every reply was either sarcastic or bordering on humorous. For instance, there were many who wondered if Musk is finally leaving for Mars, a planet he hopes to send a million humans to by 2050.

Just a while to conquer Mars

he's probably going to mars without us.

Many others thought it was about time that Musk took some time off Twitter.

Come to Canada for a while, eh! You deserve a holiday after all the incredible stuff you’ve done lately! pic.twitter.com/Y2wjeRGKc7

Good, spend time with your baby and stop being one.

Still others were at their roasting best and flayed Musk.

Can you actually leave social media without announcing it?

And nothing of value was lost

Musk was also called out on Twitter for not speaking up against racism even as several US cities have seen widespread demonstrations against the killing of George Floyd killing. Some questioned why he invited Donald Trump to the SpaceX launch at a time when the US President had, they say, espoused hardline measures against protesters.