Elon 'most hated' Musk tweets on cryptocurrency again. Twitter asks him to stop

Elon Musk has been a firm supporter of cryptocurrencies like Bitcoin but recent dip in its price has led many who put in money to cry out.Musk has been increasing his tweets on cryptocurrencies, each tweet believed to have an impact on fate of these volatile virtual currencies.
By : HT Auto Desk
| Updated on: 19 May 2021, 09:59 PM 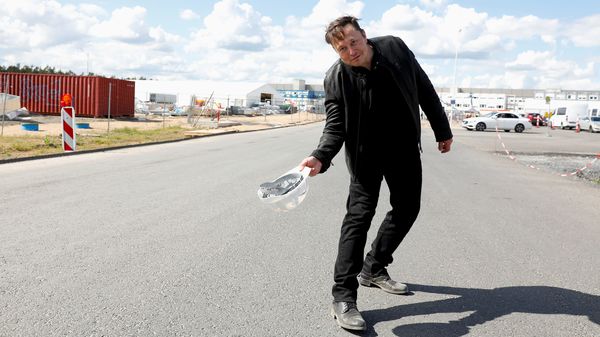 Elon Musk and opinions he has been sharing about cryptocurrencies like Bitcoin and Dogecoin are having thunderous ramifications in the rather complicated world of cryptocurrencies. With each tweet fired, the highs and lows of related virtual currencies are perhaps determining financial fate of many who follow every letter of his word. But recent times - and tweets - have not gone down too well with even die-hard fans of Musk who announced last week that Tesla won't accept Bitcoin as a mode of payment for the electric vehicles it produces. On Wednesday, Musk had a rather cryptic tweet that mostly invited a whole lot of ire from netizens.

Tesla had announced on February 8 that it has invested $1.5 billion in Bitcoin. Musk had always been a fan and a supporter of the cryptocurrency but this piece of development sent the already soaring Bitcoin value higher still. But recent weeks have seen prices of Bitcoin and many other cryptocurrencies fall, quite dramatically. While there are several factors at play for the fall - from China banning financial payment institutions from providing cryptocurrency services to Tesla U-turn.

Tesla has earlier this year said that it would accept Bitcoin as a mode of payment for the cars it sells. Citing environment concerns, Musk would go back on the decision. All of this resulted in a quite a rollercoaster ride for Bitcoin prices. On Wednesday, Musk shared a tweet which may have hit the wrong nerve of both fans, Bitcoin investors, or both.

Musk was called the 'most-hated' by one Twitter user while many complained that they lost their entire savings because they had believed him and invested large sums in cryptocurrencies which are currently showing a dip.

You’re the most hated person in the world right now. All of my friends, myself included, went from die-hard Elon/Tesla/SpaceX/Neuralink fans to hating you from deep within our souls. How you accomplished that in such a short amount of time is one for the history books.

Elon musk i invested all my life savings because you told me to invest, now I have lost everything. 😓😭😭😭😭😭😭

for buy more btc down is normal...is a troll very rich

He should be banned on Twitter. As bad as Trump was.

Many others feel that it is incorrect - almost unfair - to blame Musk for the dip in Bitcoin value. It is argued that cryptocurrencies are almost always extremely volatile and that views of one man, even if Musk, cannot be the sole basis for someone to invest more than he or she can afford to lose, if it comes to it.

As for Musk's latest tweet, many were also wondering what it actually meant. A few offered to provide an explanation by suggesting that the diamond hands in the tweet referred to someone who holds on to stocks adamantly and may mean that Elon Musk isn't going to sell off his investments in the cryptocurrency.

But as with most things Musk, the tweet and its unconventional nature is open for interpretation.