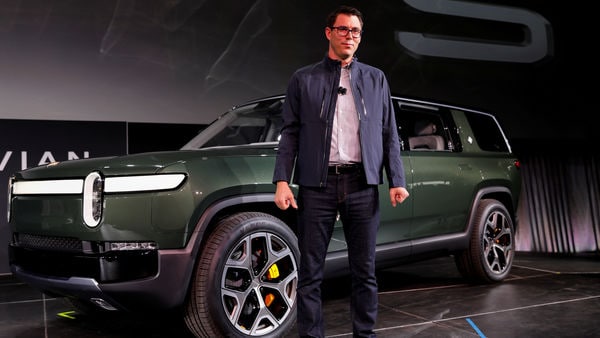 The investment round, which also included BlackRock Inc, is the fourth this year for Rivian and positions the Plymouth, Michigan-based company as one of the better-financed players in a crowded EV manufacturing market where Tesla Inc is the most established player.

"This investment demonstrates confidence in our team, products, technology and strategy," Rivian Chief Executive R.J. Scaringe said in a statement.

Electric vehicles still make up only a small piece of the global automotive market. While Tesla is the best-known maker, China and Europe are pushing automakers to roll out EVs, and Ford, General Motors Co and others have announced plans to spend billions of dollars developing the vehicles.

Founded in 2009, Rivian plans to build an all-electric pickup truck, the R1T, and the companion R1S SUV, starting in late 2020. Both models are based on a Rivian-designed "skateboard," a chassis that bundles electric motor, batteries and controls and can accommodate a variety of body styles.

Prior to Monday's announcement, Rivian had raised $2.2 billion from investors, according to investor website PitchBook, and was valued at an estimated $5 billion to $7 billion.

The company's total valuation in the wake of the latest investment round was not immediately clear.

Rivian said on Monday no new board seats were added as a result of the latest investment.

"T. Rowe Price is excited to invest in Rivian as it moves the innovation frontier forward with its compelling sustainable transport solutions for both consumers and businesses," T. Rowe Price Growth Stock Fund Portfolio Manager Joe Fath said Monday in an emailed statement.

Amazon, which has relationships and deals across the auto industry, led a $700 million investment round in Rivian in February. The e-commerce company also ordered 100,000 electric delivery vehicles from Rivian. The first Amazon vans will be built at a former Mitsubishi Motors Corp plant in Normal, Illinois, starting in 2021.

Ford invested $500 million in Rivian in April and plans to help it begin production in Normal in 2020.

"We want to maintain a meaningful value in the ownership and future of that company," Ford spokesman T.R. Reid said on Monday about Rivian.

In November, sources told Reuters a battery-powered Lincoln SUV, due in mid-2022, would be the first Ford vehicle to be built on the Rivian skateboard.