ChargePoint has attracted funding from both private venture investors and large strategic investors, including German automakers Daimler and BMW and the venture arm of oil company Chevron Corp.
By : Reuters
| Updated on: 17 Sep 2020, 09:09 AM 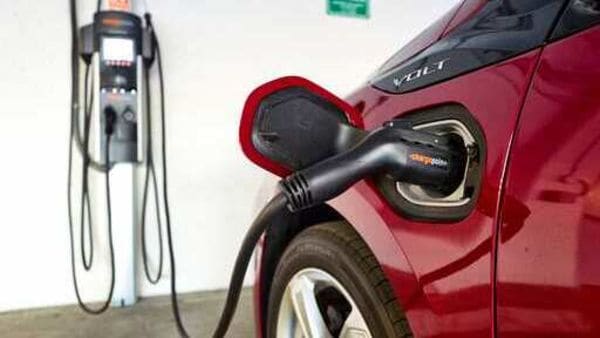 A Chevrolet Volt hybrid car charging at a ChargePoint charging station at a parking garage in Los Angeles.

ChargePoint Inc, one of the world's oldest and largest electric vehicle charging networks, is nearing a deal to go public through a reverse merger with Switchback Energy Acquisition Corp, people familiar with the matter said on Wednesday.

The deal for ChargePoint could value the company at more than $2 billion (1.54 billion pounds) and be announced as early as next week, the sources said, cautioning that talks could still collapse and terms may still change.

The sources requested anonymity as the matter is private. ChargePoint declined to comment. Switchback did not immediately respond to requests for comment.

Campbell, California-based ChargePoint, founded in 2007, last month closed on a $127 million funding round which valued the company at $1.37 billion, according to PitchBook data.

ChargePoint has attracted funding from both private venture investors and large strategic investors, including German automakers Daimler AG and BMW and the venture arm of oil company Chevron Corp.

Switchback Energy is a special-purpose acquisition company (SPAC) which raised $300 million in an initial public offering in July 2019.

A SPAC is a shell company that uses IPO proceeds, together with debt, to acquire another company, typically within two years. Investors are not notified in advance what the SPAC will buy.

SPACs have emerged as a quick route to the stock market for companies, particularly auto technology startups, concerned about the risk of the lengthy IPO process. In some cases, these companies have also struggled to attract interest from institutional investors such as pension funds and venture capital firms.