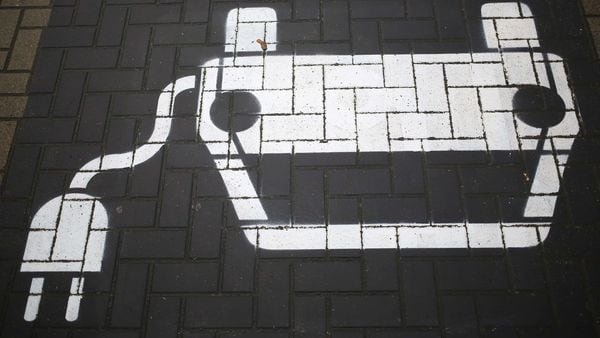 Investors are rewarding US automakers as they embrace electric vehicles to boost growth amid a burgeoning demand for environment-friendly cars.

After trailing the broader market for much of 2020, shares of General Motors Co and Ford Motor Co have skyrocketed, posting their best starts to a year on record. Their moves have surpassed Tesla Inc, which surged more than 740% last year thanks to a growing view that electric cars will dominate the future auto industry.

General Motors has gained 35% this year after announcing a slew of developments that included a partnership with Microsoft Corp for its self-driving venture, plans to develop commercial EVs and the modernization of its corporate logo. Ford jumped 36% on hopes it will join GM in the EV craze as it started selling the Mustang Mach-E electric SUV and investors await the introduction of an electric pickup expected in 2022.

“The investment community is finally realising that the traditional automakers of the world have an important place in the world of electric vehicle/autonomous vehicle adoption," Bill Selesky, analyst at Argus Research said. The trend towards EV purchases are growing worldwide, and both Ford and GM now have a “defined and aggressive rollout program" for the electric cars in their portfolio, he added.

The stock surge has more room to run, according to analysts.

General Motors rose as much as 2% on Thursday, before erasing its gains later in the day to trade 1.3% lower. The stock earlier hit an all-time high as Morgan Stanley’s Adam Jonas said he expects the stock to get interest from a wider range of investors going forward, including those focused on tech and environmental, social and governance issues.

“We may be witnessing one of the most profound reinventions of an auto company’s competitive and strategic position in the history of the business," Jonas wrote in a note to clients earlier this week.

Ford surged as much as 12% to the highest since 2018 after CNBC’s Jim Cramer said the stock was cheap and has momentum to climb further. The Detroit-based automaker also has an investment in EV startup Rivian Automotive Inc., which raised $2.65 billion in new funding from a group of investors led by T. Rowe Price Group Inc.

General Motors’ market cap has gained about $20 billion this year, while Ford has added $11 billion.