Adam, an eight-year-old kid, wanted to see the car collection of the Dubai Police which constitutes premium models like Lamborghini Urus, Audi R8, Aston Martin and Alfa Romeo among others.
By : HT Auto Desk
| Updated on: 22 Jul 2022, 16:26 PM 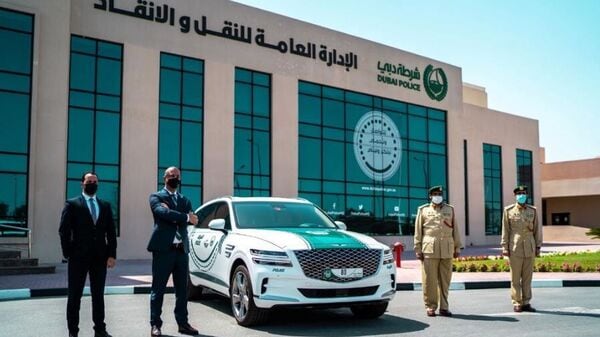 Dubai Police force is one of the most feared across the world and with a long list of performance and ultra-luxury vehicles to fight crime, is also one of the most potent. But while the cops here are 'badder' than the bad guys around, the department also has a soft heart which was on ample display when it fulfilled a request from an Irish child suffering from Cancer to take a tour of the car collection here.

Adam, an eight-year-old, wanted to see the car collection of the Dubai Police which is made up of exotics and super-powered models like Lamborghini Urus, Audi R8, Aston Martin and Alfa Romeo, among others. The Dubai Police team received an email from Adam's uncle who shared his nephew's wish to view the cars of the fleet. “My nephew Adam is fighting cancer. His eighth birthday is soon and I hope Dubai Police could make him happy by showing him their supercars," reportedly stated the mail.

To this, the Director of the Security Awareness Department at Dubai Police Butt Al Falasi said after receiving the mail, the team of officials wanted to encourage the kid to keep up his spirit during his recovery. “Dubai Police has a humanitarian, strategic goal to spread happiness locally and internationally. The video was presented to Adam as part of a programme to make a child happy," Falasi was quoted as in the report. The video made by the Dubai Police showed the fleet's most luxurious models like the Lamborghini Urus, Audi R8 and Aston Martin where an officer stated the model as well as power each powertrain creates.

The Dubai Police also took to Twitter to share the kid's reaction while watching the video. Adam's excitement was quite palpable in the video that has been tweeted. His uncle also extended his gratitude for the gesture the officials showed.