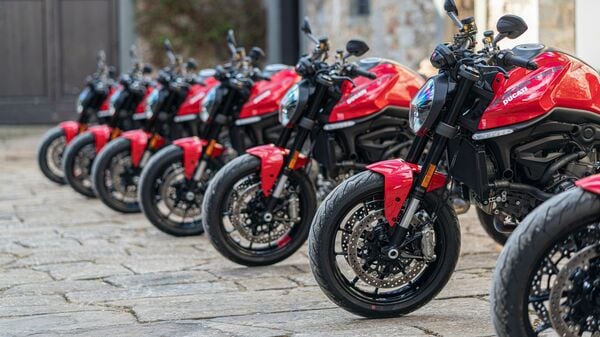 The Ducati Multistrada V4 remained the best-selling bike in this period as the brand delivered 6,139 units of it.

Ducati reported significant positive earnings in the first six months of this year despite the ongoing supply and logistics crisis. Ducati's revenue increased by 5.4 per cent as the figures went from 514 to 542 million euros. Ducati informed that this is the highest figure ever recorded by the motorcycle manufacturer in the first six months of the year. Ducati's operating profit also saw improvement as the company earned 68 million euros which is a growth of 14.8 per cent compared to 59 million euros last year.

Ducati delivered a total of 33,265 motorcycles registering a loss of 3.6 per cent compared to the same period in 2021. The bike manufacturer said this result was achieved due to great flexibility along with a constant dialogue with partners and the trade union, despite the difficulties related to the supply crisis. Ducati CEO Claudio Domenicali said 2021 was a record year for the company whereas 2022 is proving to be a more challenging year despite strong demand. “However, we managed to obtain satisfactory results considering the context in which we are operating, especially in terms of revenue, which is the best ever recorded in the first six months of the year," said Domenicali. The CEO also apologised to customers who will have to wait a little longer to receive their ordered model.

The Ducati Multistrada V4 remained the best-selling bike in this period as the brand delivered 6,139 units of it. The model was launched in 2020. Following the Multistrada V4, about 4,776 units of Ducati Monster were delivered and the Scrambler Ducati 800 family registered delivery of 3,999 units.

The Ducati CFO, Henning Jens, said “With 542 million Euros revenue, we achieved a new record, driven by a very high demand from our customers. Also based on fixed cost discipline and improved margins, we could even increase Operating Profit from 59 to 68 million Euros by 14.8% versus the same period of 2021. Backed by a very solid liquidity position, we will continue our investments in a qualitative growth of Ducati with new attractive premium products."