The tax break has been credited with helping to launch the electric vehicle market, but it has long been in the cross-hairs of Republicans who dismiss it as welfare for wealthy liberals.
By : Bloomberg
| Updated on: 17 Dec 2019, 09:39 AM 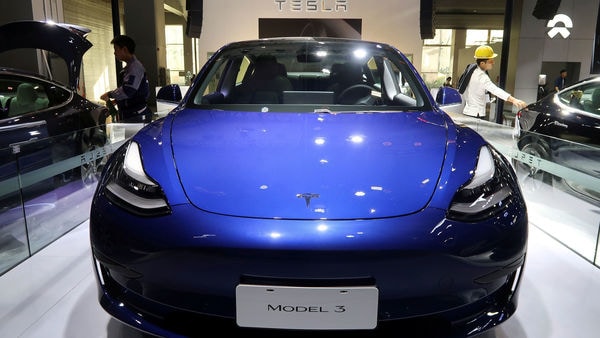 The expansion of a tax credit for electric vehicles isn’t likely to appear in a broad deal being negotiated by House and Senate leaders, and backers of the popular tax break say President Donald Trump is to blame.

“There has been extreme resistance from the president," said Senator Debbie Stabenow, a Michigan Democrat who has championed the $7,500 tax credit for consumers who purchase an electric car. She said Monday it was unlikely to be expanded.

“I don’t know why the White House would want to stop jobs and the future of the auto industry," she said.

The credit is a legislative priority for automakers such as Tesla Inc. and General Motors Co.

White House officials warned lawmakers that if they tried to expand the electric vehicle credit as part of a compromise spending bill, it could tank the measure, according to two people familiar with the matter. The issue is particularly heated in the West Wing and among conservatives who view the credit as mainly benefiting rich Californians and Tesla.

The tax break has been credited with helping to launch the electric vehicle market, but it has long been in the cross-hairs of Republicans who dismiss it as welfare for wealthy liberals. Trump has repeatedly proposed ending the credit in his budget requests, and House Republicans unsuccessfully sought to eliminate it in 2017.

Under a proposal championed by Stabenow as well as Republican Senators Lamar Alexander of Tennessee and Susan Collins of Maine, the credit, which drops in value once a manufacturer sells 200,000 of the vehicles, would be expanded. Specifically, the proposal would grant automakers a $7,000 tax credit for an additional 400,000 vehicles after they reach the 200,000 vehicle cap.

House and Senate leaders are in the midst of negotiating a broad package of tax breaks to include in a must-pass government spending bill likely to move this week.

Tax credits for biofuels as well as wind and solar power remain in negotiation.

“President Trump is fighting to protect middle class taxpayers by opposing this welfare program for the wealthy," said Tom Pyle, president of the American Energy Alliance, a free-market advocacy group. “The Senate Republican leadership would be wise to follow his lead."