Petrol price remained unchanged for the first time in 18 consecutive days on Wednesday (June 24) but diesel prices have continued to soar.
By : HT Auto Desk
| Updated on: 24 Jun 2020, 09:10 AM 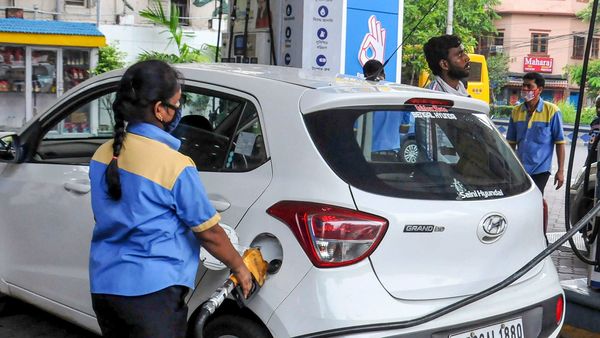 File photo of a pump attendant filling fuel in a car.

A litre of diesel on Wednesday was more expensive than a litre of petrol after the price of the former was hiked by 48 paise on the 18th successive day of fuel price revisions. While petrol price remained unchanged for the first time since June 7, diesel prices maintained upward trajectory to touch new highs.

It is for the first time in Delhi that diesel has become more expensive than petrol. A litre of the fuel now costs ₹79.88 as against ₹79.76 for a litre of petrol, as per a report in news agency ANI. 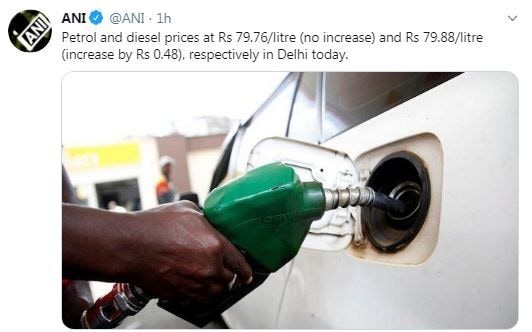 While surging fuel prices may generate much-needed revenue for governments, it would also have a detrimental impact on household budgets. The spike in diesel prices also has a wider impact on the transport and agricultural sectors which are largely dependent on the fuel.

The widest gap between the prices of the two fuels was on June 18 of 2012 when a litre of petrol was at ₹71.16 in Delhi while diesel was at ₹40.91. On June 28, the gap between the two fuels was 31.17 per litre in Mumbai. Around that time, there was a spurt in sales of diesel passenger vehicles while demand for such vehicles has come down significantly in current times. This has also led many manufacturers to ditch diesel engines completely.

The current trend of fuel price hikes are unlikely to do demand for petrol vehicles much good either.

Daily price revisions of the two fuel had been temporarily halted for 83 days till it was resumed on June 7.

India's demand for fuel doubled in May and has been steadily rising in June with the easing of restrictions. Indian refineries have already scaled up crude processing with Indian Oil Corp, the country's top refiner, looking to operate its plants at about 90% capacity in June.

The rising fuel prices, however, have resulted in political uproar with Congress leading the charge against the central government and accusing it of penalising consumers by imposing high taxes. A demand for including fuel prices under Goods and Services Tax (GST) has also been renewed by many but it is highly unlikely that it would happen. With oil companies looking to cut back on their previous loses and governments - central as well as states - aiming to generate revenue after tumultous weeks of lockdown, fuel price hikes are likely to stay till at least the end of June.