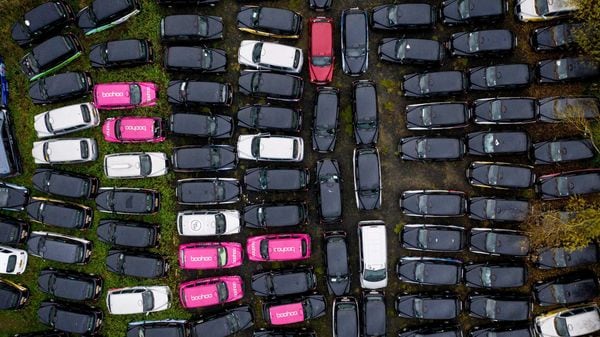 Diesel may be the villain that is nearing its end as the protagonist gains a firm foothold in the world of automobiles. A performance punch, a subsidy jab and the potential for being absolutely free from emissions have indeed made electric vehicles (EVs) the superhero of global mobility in current times and the United Kingdom is one among several countries across the world that is determined to help battery-operated vehicles deliver the knockout blow to diesel engines.

UK Prime Minister Boris Johnson has already revealed he plans to ban the sale of new petrol and diesel cars in the country from 2030. It is both an ambitious as well as audacious but one that is being hailed as a solid move towards tackling the menace of pollution and global warming. It is also a move which has a deep impact for automakers who may now have to double down on their efforts to bring out EVs.

According to a report in UK's DailyMail, sales of EVs in the country have nearly doubled in the last year while those of diesel cars have collapsed by more than half. There is still a gap in favour of diesel engines when figures are put up against battery-operated cars but it is significant to note that sales of plug-in hybrid vehicles have now outpaced diesel cars.

The initial steps are promising but there are miles and miles left ahead. After all, EVs only account for 0.3% of all passenger vehicles on roads here.

Meanwhile, car makers - at least a few of them - aren't too happy about 2030 deadline. Top officials of BMW and Honda have reportedly labeled the target year as something which lacks concrete planning.

And they may have a point.

UK still needs to do a whole lot to expand its support infrastructure for EVs if it has to ensure new battery-operated vehicles - irrespective of claimed range per charge - are never too far from a charging point. The country's first all-electric auto service station opened on Monday and another 99 will soon come up in different parts. It includes 36 rapid chargers powered only by renewable energy and boasts of one of the fastest commercially-available public charging points. And yet, skeptics say it if the 2030 deadline is to have any real meaning, much more needs to be done. And fast.

The UK, nonetheless, appears clear in its intent - ditch the diesel and usher in electric mobility.