Diesel is dead? EVs and PHEVs combine to outsell diesel vehicles in Europe

For the first time ever, electric and plug-in hybrid vehicles outsold diesel models. With more and more options coming to markets, more and more people are opting for battery power.
By : HT Auto Desk
| Updated on: 29 Sep 2021, 02:34 PM 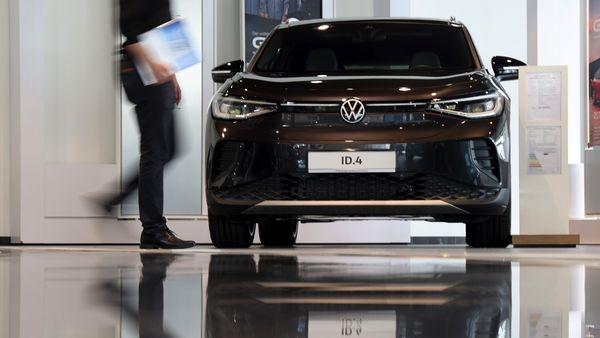 Volkswagen ID.4 is the best-selling electric vehicle across Europe.

The dawn of electric and plug-in hybrid hybrid vehicles happened some time back and now, it is the bright day that belongs to these clean(er) energy options as sales of diesel cars continues to tumble across Europe. According to sales figures complied by Jato Europe, EV and PHEV sales were higher than figures for diesel models in the month of August.

The data revealed by Jato Europe reveals that 151,737 deliveries of EVs and PHEVs were made last month as against 141,635 diesel units being delivered to customers. This is the first time that diesel models fell below electric and plug-in hybrid counterparts. Perhaps even more significant is that 1.32 million units of EVs and PHEVs were sold across Europe between January and August of this year, up big time from 158,300 units in the same period of 2020.

The decline of diesel has been steady for a few years now with battery-powered options making presence felt. The number of options in the EV segment has also increased which has helped such vehicles reach more and more people. Volkswagen ID.3 remains the best-selling fully-electric vehicle here, followed by Tesla Model 3 and Volkswagen ID.4. As for plug-in hybrids, Ford Kuga has the bragging rights, followed by Mercedes GLC and BMW 3 Series.

It is a view widely held that the mass adoption of electric vehicles would come at the cost of diesel models. As such, many manufacturers have either hinted or confirmed that diesel engines will cease to be part of future plans. And even if petrol models continue to rule roads the world over, there has also been a decline in sales of such models.

In India, EV adoption may still be in initial stages but there is a shift towards electric mobility that is very clear. Here, the EV revolution is expected to be felt most in two and three-wheeler segments, a few car manufacturers have started rolling in options too.