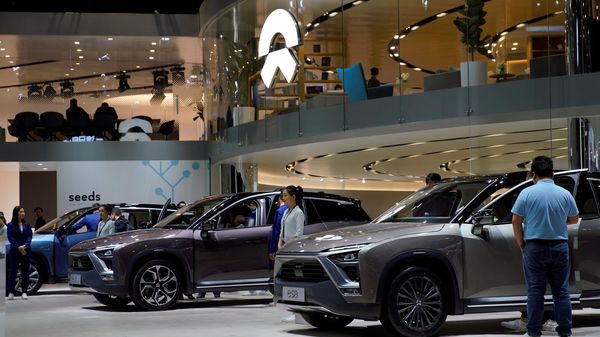 The North American International Auto Show said it’s canceling the industry’s biggest event scheduled in June and will resume the show in 2021.

The venue, TCF Center, will be repurposed as a field hospital for Covid-19 cases, the organizers said. The Detroit Auto Show will resume on June 11, 2021, with the public show scheduled for June 19-26.

“Although we are disappointed, there is nothing more important to us than the health, safety and well-being of the citizens of Detroit and Michigan, and we will do what we can to support our community’s fight against the coronavirus outbreak," Executive Director Rod Alberts said in a statement.

Michigan is at risk of becoming the next U.S. coronavirus hotspot, registering new cases at more than triple the national rate. The state had 3,657 cases as of Friday -- versus zero just over two weeks ago -- and now ranks fifth in the nation. At least 92 people have died. Detroit and surrounding Wayne County made up half the state total.

Earlier in the week, Governor Gretchen Whitmer directed residents to remain at home or in their place of residence to the “maximum extent feasible." The order takes effect March 24 and continues through April 13. TCF also said on its website that the venue will remain closed to the public because of the state order.

The cancellation has the support of car manufacturers set to showcase their latest models and innovations.

“We fully support NAIAS organizers in their postponement," Ford Motors Co. said in a statement. “The health and safety of our community and those working throughout the industry is our top priority."

The cancellation also comes as the show faces competition. CES, one of the biggest events for consumer technology, has also branched into industries that wouldn’t have been considered “tech" a few years ago, showcasing self-driving technology, voice-connected software and electric cars. CES’s colonization of the auto world was partly why the Detroit Auto Show moved to June from January.

The New York International Auto Show said it expects to proceed as scheduled in August and September, pending developments in the city amid the outbreak. President Donald Trump backed away on Saturday from imposing a quarantine for New York and parts of New Jersey and Connecticut after floating the idea on isolating those hard-hit areas earlier in the day.