The traffic police observed that absence of rear view mirror or not wearing rear seat belts had resulted in serious injuries and fatalities during an accidents.
By : PTI
| Updated on: 16 Jan 2021, 10:58 AM 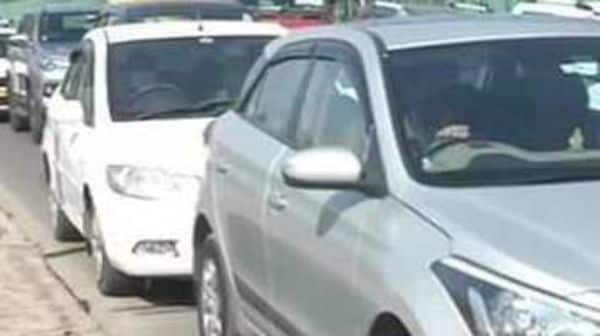 Two-wheeler riders driving without rear-view mirrors in west Delhi will have to face action as the traffic police has launched a special drive to create awareness about its importance to keep riders safe and prevent accidents, officials said on Friday.

The special drive will be conducted in west Delhi from January 13-23 under which people are being educated about the importance of rear-view mirror usage and rear seat belt in order to stay safe and prevent accidents, they said.

Deputy Commissioner of Police (Traffic- Western Range) Prashant Gautam said he observed that the absence of rear view mirror or not wearing rear seat belts had resulted in serious injuries and fatalities during an accidents.

"So to create awareness and educate people about their importance to prevent any loss of lives in case of an accident, we decided to launch a special drive," he said.

An official order from Deputy Commissioner of Police (Traffic) Western Range stated that driving without a rear-view mirror is not only "irresponsible" but also "dangerous" since it blocks a significant field of view of the driver, causing collisions with the faster moving vehicles from behind.

"There is also very little compliance with provisions for use of rear-seat belts in cars. This is reflective of the poor awareness among riders on this crucial safety measure.