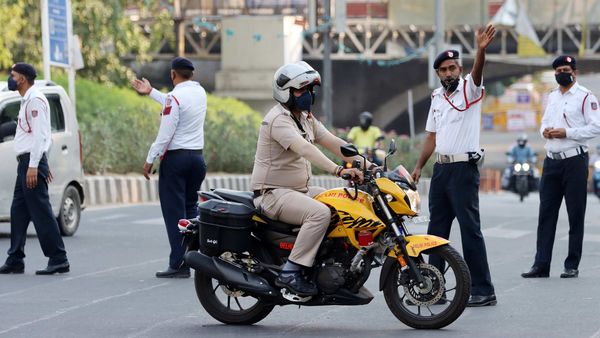 The Delhi Traffic Police on Saturday issued an advisory about elaborate traffic arrangements and restrictions in place to facilitate the smooth conduct of rehearsals of Republic Day Parade, officials said.

The rehearsals of Republic Day Parade will take place on January 17, 18, 19, 20 and 21 from Vijay Chowk up to 'C' Hexagon, crossing on Rajpath, India Gate, they said.

In order to facilitate the uninterrupted movement of parade on Rajpath, there will be restrictions on the movement of traffic crossings at Rafi Marg, Janpath and Man Singh Road from 9 am to 12 pm on the rehearsal days, Joint Commissioner of Police (Traffic) Manish Kumar Agrawal said.

Rajpath from Vijay Chowk to India Gate will also remain closed for traffic, he said.

"Because of diverted traffic, congestion is likely to take place on these roads. Motorists are requested to have patience, observe traffic rules and road discipline and follow directions of Traffic Police personnel deployed at all intersections," Agrawal said.

"People are requested to plan their journey to avoid inconvenience," he said.

From east to southwest, commuters have been suggested to take ring road via Vande Matram Marg and vice versa while those in South Avenue can take Dara Shikoh Road via Hukmi Mai Road - South Sunken Road through R.P Bhawan and reach North/South block.