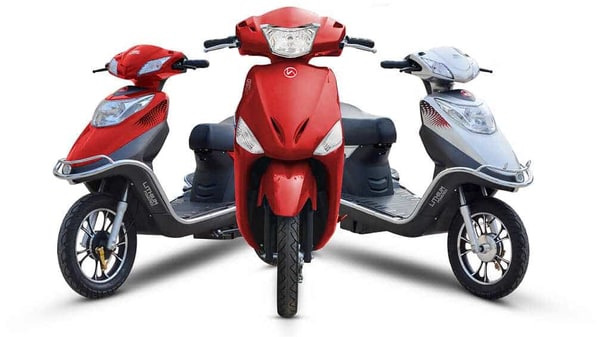 The electric vehicle policy notified by the Delhi government is expected to provide faster adoption of electric two-wheelers and offer long-term benefits to the entire industry, ratings agency Icra said on Tuesday.

The policy envisages waiving of registration fee, road tax, and providing an incentive of up to ₹1.5 lakh for new cars.

Under the policy, the Delhi government will give incentives of up to ₹30,000 for two-wheelers, autos, e-rickshaws and freight vehicles; while for cars, it will offer an incentive of up to ₹1.5 lakh over and above the incentives under FAME 2.0 scheme.

At the same time, the policy disincentivises the use of internal combustion engine-based vehicles.

"We believe that the policy holds multiple attractive propositions for the potential e-2W (electric two-wheeler) customers. The concern for deteriorating air pollution conditions in the national capital had already been gaining momentum for the past many years ," Icra Vice-President Shamsher Dewan stated in a release.

He added that with a progressive EV policy in place, the two-wheeler consumers will be able to contribute towards alleviating the situation while benefiting from the lower upfront cost as well as total cost of two-wheeler ownership.

The high upfront cost of the e-2W vis-a-vis conventional two-wheeler has been one of the main hindrance for faster e-2W penetration, which will get addressed through the attractive demand incentives under the policy, he said.

The Delhi government has also said that as part of the EV policy, it plans to set up 200 charging stations in a year to ensure that people driving these vehicles can get a charging station within the radius of three kilometers. Besides, in a first-of-its kind move, it will also give a "scrapping incentive".

"While scrappage incentive is first of its kind in an EV policy, industry response to the requirement of matching participation by (original equipment manufacturers) OEMs/dealers and de-registration of conventional 2W remains to be seen," Dewan said.

The Delhi government also seeks to establish an 'EV Cell' to implement its EV policy.

The state government expects five lakh new electric vehicles to be registered in the national capital in the next five years, Delhi Chief Minister Arvind Kejriwal had said at the time of the policy announcement.

According to Icra, two-wheelers are the dominant mode of commute in India and with the ongoing pandemic, the preference for personal vehicles is expected to increase further. The subsidies and incentives offered under the scheme for retail consumers and manufacturers could therefore give a long-needed push for faster EV penetration and development of this ecosystem in New Delhi, it added.

The rating agency also said that coupled with the FAME-II incentives, the upfront e-2W prices would become 25-30 per cent lower than conventional 2Ws (for basic models), thereby proving to be a catalyst for accelerated e-2W penetration.

"In addition to sizable cost savings, to both the consumer and the government (on crude imports), several non-economic factors are also conducive for faster electrification in 2W.