The The social media handles of Switch Delhi campaign will be used for responding to queries and misconceptions about electric vehicles, and for sensitising the public on the benefits of EVs.
By : PTI
| Updated on: 07 Feb 2021, 11:29 AM 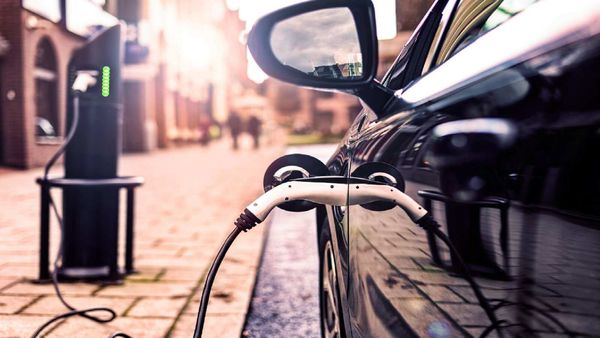 Photo of an electric vehicle charging. (Image: @SwitchDelhi on Twitter)

The Delhi government on Saturday launched social media handles of the ‘Switch Delhi’ campaign to connect directly with people even as Chief Minister Arvind Kejriwal said that efforts are being made to turn the electric vehicle awareness drive into a mass movement.

According to an official statement, the Dialogue and Development Commission (DDC) of Delhi will lead the social media outreach for the campaign on Twitter, Facebook, Linkedin and Instagram.

The social media handles will be used for responding to queries and misconceptions about electric vehicles, addressing grievances, and for sensitising the public on the benefits of EVs, the statement said.

Meanwhile, actor-turned-politician Kamal Haasan praised the 'Switch Delhi' campaign on Twitter saying it was a step towards controlling pollution.

Delhi government launches #SwitchDelhi, a mass-awareness campaign to promote the adoption of electric vehicles. The aim is to move towards sustainable transport in the national capital, making Delhi the EV capital of India. pic.twitter.com/1ZGjGFbvwI

Replying to Haasan, Kejriwal tweeted "Thank you @ikamalhaasan ji, we are committed to develop Delhi as a world-class & pollution-free EV city. Our government is providing all possible facilities to the people to turn this EV campaign into a mass movement."

Earlier this week, Kejriwal launched the mass awareness campaign to sensitise Delihiites about the benefits of switching to electric vehicles from pollution causing petrol and diesel ones.

Social media outreach is one of the major components of the 8-week campaign.

The Delhi government's EV policy launched in August last year envisages that 1 out of every 4 vehicles sold in Delhi should be an electric vehicle by 2024.