The complainant had filed a criminal complaint with the Economic Offences Wing (EOW) against Ford India and its senior management, alleging cheating and criminal breach of trust.
By :
| Updated on: 25 Feb 2021, 05:54 PM 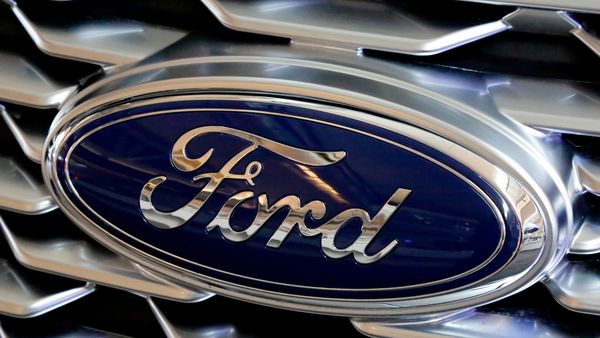 A Delhi Court has provided relief to Ford India, its President and Managing Director Anurag Mehrotra and US national and Director David Allan Schock.

While granting the relief, the Court said, "No coercive steps should be taken against them" in a criminal complaint matter alleging cheating and criminal breach of trust investigated by the Economic Offences Wing (EoW) of the Delhi police.

Additional Sessions Judge Rakesh Kumar of Rohini Court said, "Considering the facts and circumstances I am of the considered view that since both the accused persons are Director and Managing Director of the Ford India and which has a large business in India, hence there is no chance of absconding from the investigation or jurisdiction of this Court".

"....keeping in view the undertaking given by the accused persons to join the investigation either physically or by VC, simultaneously, not deny that investigation is at the initial stage and despite service of three notice under Section 41 A Cr. PC and Notice u/s91 Cr.PC, the applicant/ accused has not joined or produced the document, hence in the interest of justice, no coercive steps shall be taken against the aforesaid applicants /accused persons till Next Date of hearing which is March 17th," the court order stated.)

The accused persons had filed anticipatory bail applications before the Court of the Additional Sessions Judge.

Advocate Rohit Kochhar argued that the FIR was a litany of lies, fabrication and deceit, and had been orchestrated by the complainant with the mischievous and unlawful objective of evading his own legal financial obligations towards Ford India. Advocate Kochhar submitted that the dispute between the parties was purely civil in nature and that the entire FIR, even if read as a whole, did not disclose any criminality on the part of his client.

Advocate Vijay Aggarwal argued before the Court that there was a huge delay of more than 18 months on part of the complainant in the registration of the FIR. He submitted that the offenses alleged in the FIR were punishable with less than seven years imprisonment, and therefore, the Delhi police was mandatorily required to follow the principles laid down by the Supreme Court.

The complainant Libra Cars, the Ford dealer for the GT Karnal Road, New Delhi area had filed a criminal complaint with the EOW against Ford India and its senior management, alleging cheating and criminal breach of trust on the ground that Ford India had violated the terms of the agreement between the parties by appointing another dealer within a radius of 10 km from the complainant's showroom. The criminal complaint culminated in the registration of an FIR against the Managing Director and the US-based Director of Ford India.

Ford Motor Co. is a Fortune Global 500 Corporation, and one of the largest automobile manufacturing companies in the world with annual revenues of approximately ₹12 lakh crores and almost 200,000 employees spread across 200 countries.