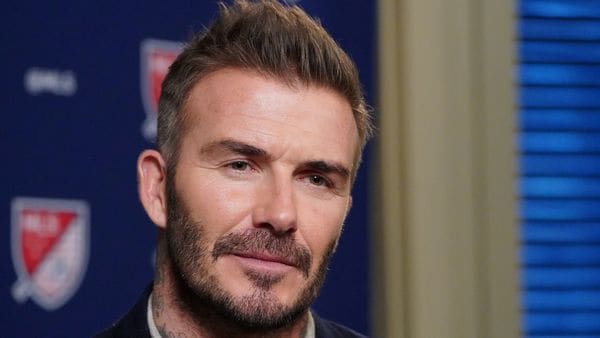 David Beckham has been known for investing in several startups and Lunaz becomes the latest addition to the list.

Football star and former England national football team captain David Beckham becomes the latest celebrity to invest in the green mobility revolution. Beckham has invested in the UK based electric car firm Lunaz. He currently owns 10% stake in the company.

Reuters reports that Lunaz specialises in car restoration and electrification technology. David Beckham has been known for investing in several startups and Lunaz becomes the latest addition to the list. The deal value has not been revealed by any party though.

The car restoration and electrification firm reportedly said that Beckham will join Lunaz's founders and the Barclay, Reuben and Dellal families as a stakeholder in the firm. The former Manchester United and Real Madrid star has reportedly invested in Lunaz through his personal investment firm DB Ventures.

Speaking about Lunaz, the Silverstone-based electric car upcycling firm electrifies a wide range of classic cars including Rolls-Royce, Range Rover, Jaguar etc. The company is now planning to electrify the old trucks and other specialised commercial vehicles as well. This strategy is aimed at giving the old vehicles a new lease of life through the transition to the green powertrain technology.

Lunaz represents a significantly growing trend in the world of electric vehicles. Several companies and small startups around the world are adopting this strategy of ripping out the old fossil fuel engines out of a vehicle and installing electric motors and battery packs to transform the vehicles into zero-emission ones. This has become a significant angle of the global battery economy.

The UK-based company started its operations back in 2018. Currently, it can handle around 120 vehicles a year. The company is aiming to upgrade its upcycling capability to 4,000 vehicles a year by 2028.