Nokia, which makes 1.4 billion euros ($1.7 billion) in licensing revenues every year, and carmaker Daimler had sued each other in German courts in recent years, with mixed results.
By : Reuters
| Updated on: 01 Jun 2021, 11:37 AM 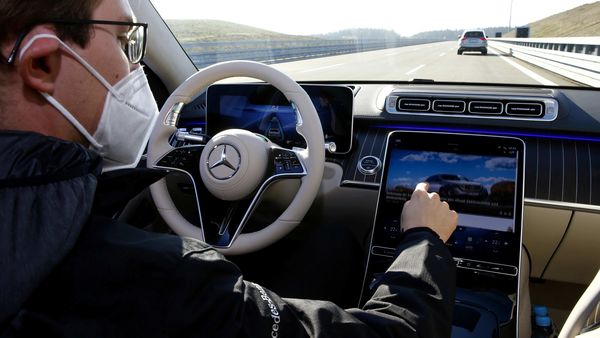 Daimler has agreed to pay Nokia for using its patents, ending a row that highlighted a battle between tech and car companies over royalties for key technologies.

Nokia, which makes 1.4 billion euros ($1.7 billion) in licensing revenues every year, and carmaker Daimler had sued each other in German courts in recent years, with mixed results.

Tech firms want automakers to pay royalties for technologies used in navigation systems, vehicle communications and self-driving cars but the latter say their suppliers should pay instead, which could reduce the fees for patent holders.

The agreement announced jointly with Daimler on Tuesday marks the latest win for Nokia which in April struck a deal with China's Lenovo under which the world's biggest PC maker would make a net balancing payment to the Finnish telecoms equipment maker and resolve all pending litigation.

That followed a deal with Samsung the previous month in which the South Korean company agreed to make royalty payments for its technologies related to video standards.

Nokia and Daimler said that they had reached a patent licensing deal and will also halt their litigation. The German carmaker has to date never paid Nokia for using its patents.

"We welcome the settlement, from an economic point of view and because we avoid lengthy ... disputes," a Daimler spokeswoman said.

"Under the agreement, Nokia licenses mobile telecommunications technology to Daimler and receives payment in return," the companies said in a joint statement.

"The terms of the agreement remain confidential as agreed between the parties," they added.

The end of the dispute means a German court's request to the Luxembourg-based Court of Justice, Europe's highest, last year for guidance on the issue will be moot.