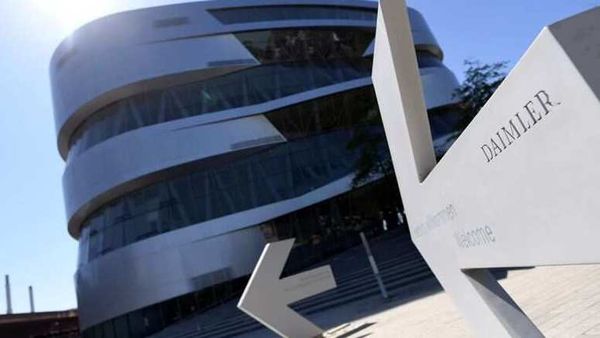 An arrow in front of the Mercedes-Benz Museum shows the way to the Daimler headquarters in Stuttgart, Germany. (Representational File Photo)

Daimler on Wednesday said it was deepening an alliance with Chinese battery maker CATL to deliver battery packs capable of giving Mercedes-Benz cars 700 kilometres of range at higher recharging speeds.

Daimler already has battery cell supply deals with Korea's SK Innovation, LG Chem and Farasis in addition to China's Contemporary Amperex Technology (CATL), as it plans to ramp up production of electric and hybrid vehicles.

Wednesday's agreement with CATL said the partnership will include supplying cells and entire battery systems as well as combining research.

(Also Read: Mercedes looking to cut back products offered in US: Report)

"We intend to lead in battery technologies, so we are now combining our own research and development expertise with bold partners," Daimler said in a statement.

"The agreement covers the full range of battery technologies, from cells across modules for Mercedes-Benz Cars to entire battery systems for Mercedes-Benz Vans in promising innovative technology configurations. This also includes the CATL cell-to-pack (CTP) design, which eliminates conventional modules and integrates the cells directly into the battery."

CATL will use electricity from renewable energy sources, such as wind, solar and hydropower for its battery cell production, the joint release said. (Reporting by Edward Taylor Editing by Michelle Martin)