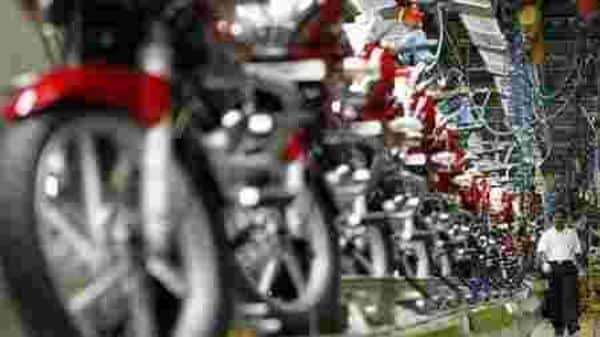 According to local administration officials, the Waluj plant will be shut for two days to carry out sanitising operations at the facility. (File photo)

Bajaj Auto's plant at Aurangabad will be shut for the next two days, the local administration said on Friday after two employees died and 140 have been infected due to coronavirus.

The auto maker said on Friday that after the first coronavirus case was reported on June 6, it has taken all necessary measures as per the protocol and that all incidences were reported to the appropriate authorities.

According to local administration officials, the Waluj plant will be shut for two days to carry out sanitising operations at the facility.

The plant has more than 8,100 employees and contractors, and so far there has been 140 cases of coronavirus infections, the auto maker said.

Aurangabad District Collector Uday Choudhari told PTI the company has communicated that they would be shutting down the plant for the next two days while any emergency services can continue.

Bajaj Auto's CHRO Ravi Kyran Ramasamy said it has planned downtime for routine maintenance on Saturday and that Sunday is normally closed.

The officials said the company has agreed to shut down the plant for two days and that the entire campus will be sanitised during this period. Citing preliminary investigation, the officials also said they don't know if the spread of infections was in the factory.

Ramasamy said there are more than 8,100 employees and contractors employed at the Waluj plant.

"Our current incidence of 140 cases of Covid is less than 2 per cent of our strength. Two of our infected employees with underlying conditions of hyper tension and diabetes have unfortunately succumbed to the infection," he said in a statement.

The plant is located in Aurangabad.

In another statement to PTI, Ramasamy said the company has planned downtime for routine maintenance on Saturday as it was not operating at full capacity.

"Post lock down we have had similar routine shutdown on Saturdays as a cost saving measure many times due to subdued demand. Also our weekly off is on Sunday when we are normally closed. Our business operations continue to be unaffected," he added.

His statement came in response to queries on reports that Aurangabad District Collector has said that the facility would be shut for two days.

A senior official from Bajaj Auto at Aurangabad confirmed shutting down of production operations for 48 hours on Saturday and Sunday. Extensive sanitisation would be carried out, the official added.

"From April 24 till June 6, we had no Covid-19 incidence at our Waluj plant. However, as is well known, post the easing of lockdown progressively from June 1, there has been a general increase across the country in the rise of infection including amongst industries, armed forces, police, media and government institutions.

"Likewise, we too had our first reported case on June 6. We have immediately taken all necessary measures for testing, contact tracing, self-isolation and complete sanitation as per protocol. All incidences were reported to the appropriate authorities," Bajaj Auto said in another statement.

Post the country-wide lockdown, the facility has been ramping up operations from April 24, onwards. As part of the ramp-up, detailed cleanliness and health check protocols have been drafted and implemented in consonance and compliance with all government regulations and guidelines, it added.

Bajaj Auto said these protocols have been reviewed and approved by appropriate authorities and adherence is strictly monitored by our in-house health and security staff.

"We will continue our normal business operations, while taking all necessary safety measures, as the alternative is to shut down our operations with ‘no work no pay’ which will have a drastic impact on our employees and supply chain," Bajaj Auto said in the statement.

Choudhari said in the next two days, there would be massive screening and examining of workers and residents in the Waluj and nearby areas.

A Covid care facility is made operational in Bajaj Vihar of Waluj itself where around 100 patients are currently under treatment, Chief Executive Officer of Zilla Parishad Mangesh Gondavale said, adding that they have also started mobile swab collection teams.

Three facilities in hostels of Dr Babasaheb Ambedkar Marathwada University, each having 40 beds, have been set up and two more such facilities are in the making.

We are planning to accommodate 150 more patients in Waluj itself, Gondavale said.

The total number of industrial units which have commenced their production have reached to 5,583 in Aurangabad district and 1, 70,963 employees have returned to their work, a Maharashtra Industrial Development Corporation (MIDC) official from Aurangabad said.