What happens to a car sector that can’t make cars

Carmakers can’t make vehicles and customers don’t want to buy them. The coming months will divide the industry between those with balance sheet strength, and those without.
By : Bloomberg
| Updated on: 20 Mar 2020, 07:49 AM 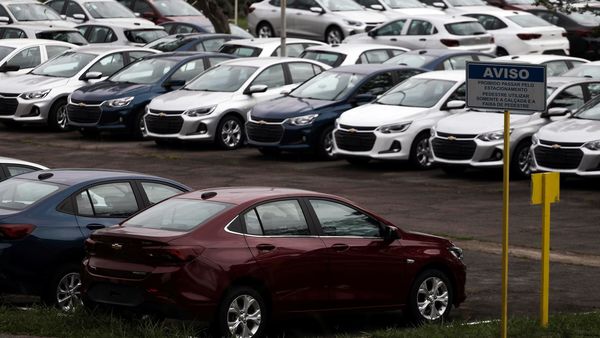 Cars are pictured at the General Motors Co plant, that will give time off to its employees during the coronavirus disease (Covid-19) outbreak.

What will become of the car industry if it cannot build cars? With car plants on both sides of the Atlantic shutting down for the next few weeks due to coronavirus, we’re about to find out.

When the global financial crisis struck a decade ago, many U.S. and European carmakers idled production to prevent a build-up of unsold vehicles.

This time, though, the shutdowns are happening simultaneously and slumping demand isn’t the only problem carmakers face. Workers are understandably fearful to step onto crowded production lines, plus the supply of key components risks being disrupted.

Manufacturers hope the production hiatus will be brief but that could prove to be wishful thinking because the virus is a long way from being under control. (The fact that some have offered to re-purpose factory space to produce life-saving ventilators underscores the severity of this global health emergency).

Even without coronavirus, 2020 was shaping up to be a difficult year for the car industry due to the massive cost of developing electric vehicles and overhauling factories to build them.

Unlike a decade ago, when General Motors Co. and Chrysler sought bankruptcy protection, most carmakers have big cash piles they can draw on to tide them over a difficult period. Even after a 26 billion euros ($28 billion) cash outflow due to its diesel cheating, Volkswagen AG has 24 billion euros of cash and equivalents at its disposal.

That’s fortunate, because due to high fixed costs and so-called negative working capital, much of the industry will burn through a lot of money.(1) (Besides protecting employees from potential virus exposure, one positive about closing plants is limiting the cash burn from rising vehicle inventories). In an extreme scenario Ford Motor Co and GM could each burn close to $4 billion of cash per month, say analysts at Morgan Stanley.

Meanwhile, if unemployment spikes, carmakers that lease lots vehicles via captive financial services divisions could be exposed to rising bad debts. In 2008, BMW AG had to take a 2 billion euros provision against loans going sour and falling values of used vehicles.

It’s no wonder then that carmaker stocks have halved in value since the start of the year and the cost of insuring their debt against default has rocketed. Those with the weakest balance sheets have suffered most.

The market capitalization of Renault SA, which struggled to generate positive free cash even before the virus showed up, has shrunk to less than 5 billion euros; adjusted for the 43% stake Renault owns in alliance partner Nissan Motor Co the equity value is negative.

Jaguar Land Rover, owned by Tata Motors, is looking particularly sickly: 650 million euros of senior unsecured debt due in 2024 has tumbled to 60% of face value, yielding 17% — signalling concerns credit investors might not get all their money back.

While the argument for consolidation is stronger than ever, so is the need to preserve cash. It’s questionable whether it’s still appropriate for Fiat Chrysler Automobile NV to pay its shareholders a 5.5 billion euros dividend prior to consummating a merger with Peugeot SA. Fiat’s balance sheet was already one of the weakest of the major car makers.

Unlike in some service industries, car sales should eventually pick up some of the slack. Vehicles age and need replacing whereas a restaurant meal not consumed last week doesn’t necessarily mean you’ll have two the next.

Plenty of folks cooped up at home will be dreaming of taking a long road trip when this is all over, encouraged no doubt by the cheaper cost of fuel.

But in the short term demand will probably fall hard – Chinese sales plunged 80% in February when much of the country was on lockdown. Consumer purchase incentives or government tax breaks probably won’t be as effective as in 2008-2009 because consumers can’t leave their homes.

A car industry that can’t build cars won’t sell them. This year will see the paths of the better capitalized and financially weak firms diverge. It may not be immediate, but demands for external support, whether from taxpayers or shareholders, will come.