The outbreak could impose more supply discipline on overcapacity automakers buried in unsold inventory.
By : Bloomberg
| Updated on: 04 Feb 2020, 09:56 AM 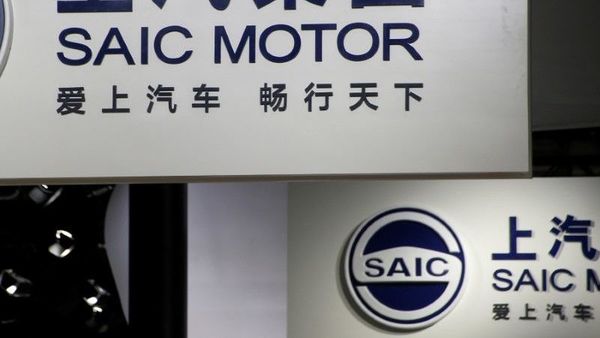 Fears that the coronavirus will ravage global supply chains rooted in China are spreading fast. For automakers, a hiatus from production in the world’s largest car market may force them to take some needed rebalancing.

Provinces that extended the Lunar New Year holiday period include Guangdong, which accounts for 12.8% of light vehicle production, and Hubei, where the outbreak’s epicenter Wuhan is located. Hubei, in central China, chalks up 9% of Chinese auto production and more than 3.5% of demand. The shutdown will ripple through the supply chain – Hubei is home to hundreds of small- and medium-sized parts suppliers.

Already, Toyota Motor Corp. has suspended production of cars in China until at least Sunday. Tesla Inc. has been told to halt work at its Shanghai factory. The disruption in auto parts forced Hyundai Motor Co. to interrupt making its Palisade sport-utility vehicle in South Korea last weekend and it’s considering breaks at other plants.

The impact will be significant. If production stops for two weeks in China’s six major regions, output will drop around 8% this quarter, Goldman Sachs Inc. analysts estimate. But it’s worth considering what this actually means for a manufacturing industry that has been running on overdrive, with little incentive to rein in the daily churn.China’s factories have the capacity to make over 60 million vehicles a year. Only a third of that number are sold. Yet carmakers seem unable to, well, stop making cars. Local and central governments have doled out hundreds of millions of dollars in subsidies to build up the industry, encourage different types of cars and incentivize purchases. They have kept too many unsustainable local manufacturers alive. Even as vehicle sales have fallen, the utilization rate – the ratio of actual output to production capacity — in the last quarter of 2019 was 78.5%, above the annual 77.3%.

China’s auto dealerships were sitting on around $72 billion of unsold inventory last June. That’s around 3 million cars. Many didn't comply with the latest emissions standards. Dealers have steepened price discounts to reduce their backlog. That isn’t a sustainable strategy. In 2018, over half of Chinese dealerships reported losses and 85% didn’t meet manufacturers’ sales targets. An index of inventory levels has remained elevated and above the official warning threshold for two years.

A forced shutdown is what the industry needs, even though it employs millions. Until now, mothballing factories hasn’t been an option. Beijing has encouraged consolidation and set out rules to encourage electric vehicles by inhibiting new capacity for conventional cars. Authorities have also imposed measures like restricting car ownership through a lottery-based license plate system.

The automotive sector has never been subjected to supply-side structural reforms in the way that Beijing imposed them on industries like steel and coal. The first step to any turnaround for automakers is to shut down excess operating capacity. In the steel industry, reducing hundreds of millions of tons of capacity gave larger firms better pricing power. Over the past three years, steel prices rose and profitability ticked up.

The coronavirus shutdown should force a rethink and prod carmakers to reassess investment and production decisions. Earnings will hurt for the next couple of quarters, but they were looking dismal anyway and margins have been thinning for years. Upgrading plants alone won’t cut it. One lesson from the steel industry is that bigger, better facilities can still mean oversupply.

Demand has also been weak. A big turn upward isn’t on the horizon despite Beijing’s incentives for consumers to purchase cars. What buyers there are in this maturing market want luxury vehicles or higher-end family cars; more will be replacing vehicles over the next five years than getting their first car. The virus won’t help. Central China, which will likely feel any aftermath the longest,  accounts for almost a quarter of auto demand.

Parallels to earlier big epidemics are hard to draw. During the crisis over Severe Acute Respiratory Syndrome in 2003, China’s carmakers were selling 4 million vehicles a year. Global automakers have a much larger portion of their sales volumes and profits exposed to China now.A shakeout has been overdue, and the virus may only trigger that. Any impulse from Beijing to step in and bolster supply will be misguided — it should stand still and watch what happens when markets are left to their own devices.