Union Power Minister RK Singh has written to all Union and state ministers, asking them to embrace electric vehicles as soon as possible. His letter comes months after Nitin Gadkari had urged him to make EVs compulsory for govt officials.
By : HT Auto Desk
| Updated on: 27 Aug 2021, 17:21 PM 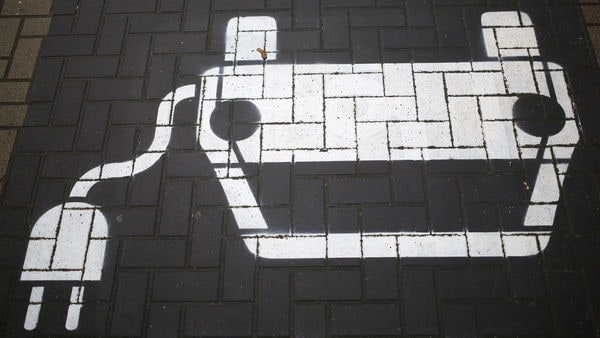 Union Power Minister RK Singh has written to all Union and state ministers, including chief ministers, asking them to embrace electric vehicles as soon as possible.

At a time when the Centre and few states are pushing towards faster adoption of electric mobility, Union Power Minister RK Singh has written a letter to all ministers to embrace electric cars as their official vehicle, instead of the ones used currently.

Sharing the content of the letter by the Union Minister, the Press Information Bureau issued a notification today saying, "As part of its efforts to promote Electric Vehicles in the country, the Union Minister of Power and New & Renewable Energy has written to all the Union Ministers including the Minster of States (Independent Charge) and Chief Ministers of all the States/UTs to join the Government of India’s initiative on transformative mobility and advice their respective Ministries/Departments to convert their fleet of official vehicles from present Internal Combustion Engine (ICE)/Petrol/Diesel Vehicles to Electric Vehicles for all official purposes."

The notification also reads, "Such an action is expected to set an example for the general public and encourage them to switch over to E-Mobility. The initiative is part of ongoing GO ELECTRIC CAMPAIGN launched by Government of India to promote Electric Vehicles (EVs) to meet multiple objectives - attaining goal of reduction in emission, energy security, energy efficiency etc."

RK Singh is not the first Union Minister to have asked ministers to adopt electric vehicles. In fact Nitin Gadkari, Union Minister for Road Transport and Highways, had urged RK Singh to make use of EVs compulsory for all government officials in February this year. He had said that usage of even 10,000 electric vehicles in Delhi can alone save ₹30 crore per month.

As the Centre is encouraging to make electric vehicles mainstream in India, several state governments too have come up with individual EV policies that promise incentives and other benefits to customers willing to make the switch. As many as 13 states, including Andhra Pradesh, Delhi and Karnataka, have approved or notified dedicated policies to promote the adoption of electric vehicles so far.