The Union minister said finance ministry's support has been sought for R&D in auto industryPromoting electric vehicles is important from the point of reducing India's import bill, said Gadkari
By : PTI
| Updated on: 07 Feb 2020, 08:51 AM 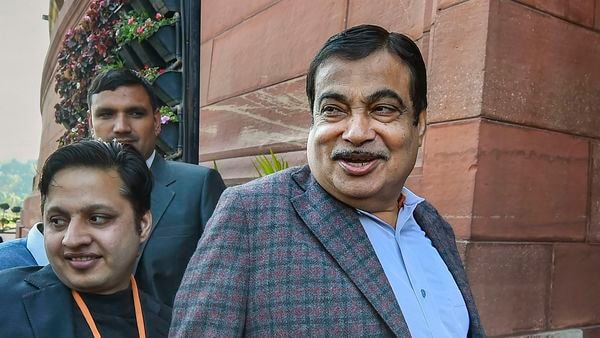 GREATER NOIDA : Union road transport minister Nitin Gadkari on Thursday said he has requested the finance ministry to support the automobile industry for undertaking research and development of new technologies.

He also expressed confidence that India could become the global hub for exports and manufacturing of electric vehicles.

Speaking at the inauguration of the biennial Auto Expo in Greater Noida, the minister said the vehicle scrappage policy is in final stages.

"Few days ago, I was at the launch of two electric vehicles, The products were so good that my belief is that in the coming days, we will become number one in manufacturing and exports of electric vehicles, be it two-wheeler, cars or buses," Gadkari said.

Regarding auto industry's demand for reduction in GST levied on automobiles, he said, "on electric vehicles, the finance minister has reduced GST drastically".

"So, it is my belief now that research is very important in coming days. It is very important because innovation, entrepreneurship, science and technology and skill is knowledge, and conversion of knowledge into wealth is future for the country," he noted.

According to him, promoting alternate technologies such as electric vehicles is important from the point of reducing India's import bill and fighting pollution.

Gadkari also said that he has requested the finance ministry to support the automobile industry for research and development of new technologies.

According to him, a proposal for 15 per cent methanol blending in both petrol and diesel fuels proposed by Niti Aayog is also being considered for final approval.

Commenting on the vehicle scrappage policy, he said, "it is in the final stages and I have already cleared it from my side and I think this policy would be a great boon for the automobile industry".

At present, aluminium and copper are imported from outside and when the raw materials would be available here only automobile industry will benefit. He said the government would support if the auto industry would like to import scrap from overseas.

He said the government is aware of the auto industry's contribution to India's manufacturing GDP and job creation and it would always stand with the sector to take it forward.

The development of highways and expressways in different parts of the country would help in the growth of auto industry as there would be increased movement by road while reducing logistics costs.

Gadkari - who is also the minister for Micro, Small and Medium Enterprises - asked automobile companies to set up industrial clusters on the upcoming Delhi-Mumbai Expressway, saying he would support if there were any proposals forthcoming from any of the players in the sector.