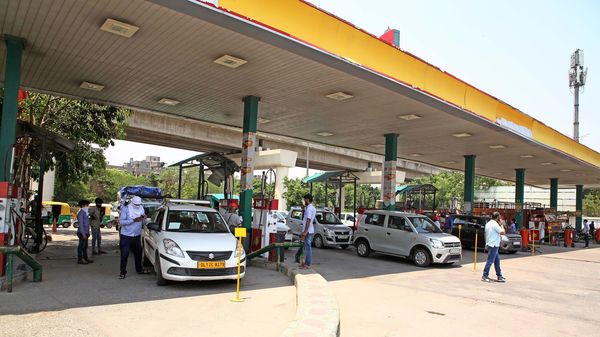 Vehicle line up for CNG filling in New Delhi.

After Mumbai, now CNG prices have been increased in Delhi, Haryana and Rajasthan as well. Indraprastha Gas Limited (IGL), the largest CNG provider in the region on Friday announced the price hike, that became effective from Saturday morning.

In a tweet post, IGL announced “With effect from 6 am on 4th December 2021, @IGLSocial revises its CNG retail price in NCT of Delhi, Haryana & Rajasthan."

With effect from 6 am on 4th December 2021, @IGLSocial revises its CNG retail price in NCT of Delhi, Haryana & Rajasthan.

In a range of tweets, IGL announced the revised pricing of CNG in Delhi, Haryana and Rajasthan. In the national capital, CNG has become ₹53.04 per kg, while the price has been increased to ₹60.40 per kg in Gurugram.

In Rewari, the revised price of CNG has become ₹61.10 per kg, while in Karnal and Kaithal, the price will be ₹59.30 per kg. It also announced that the price per kg CNG in Ajmer, Pali and Rajsamand became ₹67.31 per kg.

The move comes at a time when the government is pushing the use of alternate and greener fuel including CNG over petrol and diesel. Also, the sky-high pricing of petrol and diesel are driving consumers to opt for cheaper fuel options such as CNG. The bus and autorickshaw fleet in Delhi is majorly powered by CNG, while many passenger vehicles too are CNG powered. With this price hike, owners and operators of these vehicles will be impacted.

A few days ago, CNG became pricier in Mumbai. After a hike of ₹3.96 per kg, the CNG price in the business capital of India is now ₹61.5 per kg. This year, the pricing of CNG in Mumbai has been increased 14 times in ten months by Mahanagar Gas Limited or MGL.