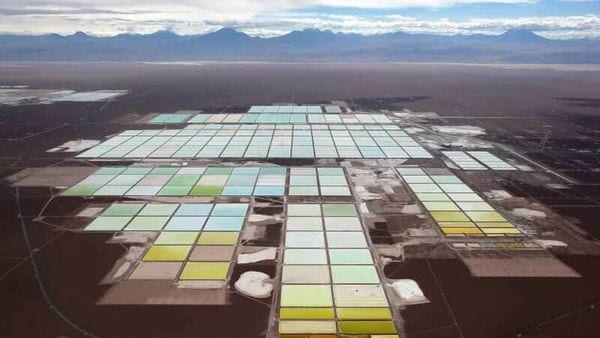 Ganfeng is one of the biggest lithium producers in the world.

Ganfeng Lithium Co, one of the world's biggest lithium producers, said on Monday it would pay $130 million for a stake in the Goulamina hard-rock mine in Mali and take at least half of its first-phase output.

The purchase marks the Chinese firm's first investment in lithium mining in Africa as it seeks to expand production for the commodity used in electric-vehicle batteries.

Ganfeng, which has projects in China, Canada, Australia, Argentina and Ireland, said in a filing it would take a 50% stake of a special purpose vehicle set up by Goulamina's current licence holder, Australia-listed Firefinch Ltd, that will fully own operating company Lithium du Mali SA.

The filing said Mali's government had the right to take 10% of the equity free of charge and pay in cash for up to 10% more.

Firefinch said Goulamina, which lies about 150 km (93 miles) by road south of Mali's capital Bamako, was "one of the world's highest quality lithium assets."

A feasibility study was completed last year but it was not immediately clear when production would start.

The project has 108.5 million tonnes of resources and high-grade spodumene concentrate, Firefinch said in a presentation last month. Spodumene is a lithium-rich mineral that can be converted into battery-grade lihium products.

Ganfeng said it would acquire offtake rights to 50% of first-phase annual production capacity of 455,000 tonnes of spodumene concentrate but may obtain 100% if it helps Lithium du Mali raise debt or gives financial assistance.

The Chinese company might help raise at least $64 million from banks or other financial institutions for development and construction of the mine, and might also opt to provide up to $40 million in direct financial assistance, the filing said.

Ganfeng signed an initial five-year deal in December to buy spodumene concentrate from the Manono mine in the Democratic Republic of Congo but did not take an equity stake.