Consumers would be able to purchase the car and the batteries separately, or simply lease the batteries.
By : Bloomberg
| Updated on: 17 Jan 2020, 01:00 PM 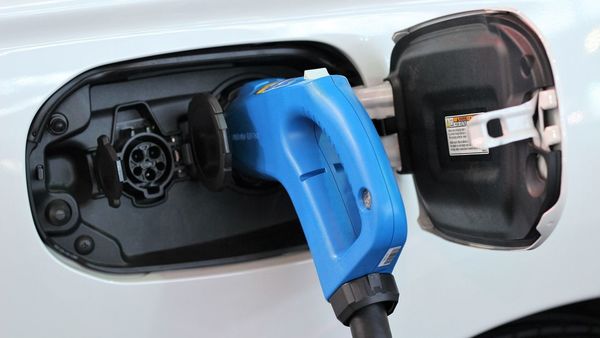 China is stepping up efforts to facilitate initiatives that allow swapping electric-vehicle batteries on-the-go, seeking to further spur the adoption of EVs in the world’s biggest car market.

The government is working to establish common industry standards for the procedure, which allows drivers to pull in and quickly swap out their electric car’s battery rather than having to plug it in to recharge, a procedure that can take hours, people familiar with the matter said. The goal is to enable drivers to change batteries at any facility, no matter what car they have, they said, asking not to be identified discussing a private matter.

The efforts highlight the advantages that China, where about half of the world’s EVs are sold, has over other nations in promoting new technologies, given the government has the clout to push changes affecting entire industries. Demand for electric cars has been sputtering in China since it lowered subsidies for buyers last July, yet the country’s long-term goal is to phase out gas guzzlers.

A battery-swapping system would not only potentially save time for drivers — one of the biggest issues consumers have with EVs — it could also lower the upfront prices of buying electric vehicles. That’s because consumers would be able to purchase the car and the batteries separately, or possibly just lease the batteries. As part of its planning, the government needs to figure out how taxation should take such scenarios into account, the people said.

In the U.S., Tesla Inc. tested battery-swapping several years ago but didn’t roll out the service on a large scale. The company this month started deliveries to customers from its Shanghai car plant, its first outside the U.S., to boost sales in the world’s biggest electric-vehicle market.

China’s Ministry of Industry and Information Technology acknowledged the country’s broad goals regarding its push to promote battery swapping but didn’t comment on details.

“We will actively promote the demonstration application of battery-swap mode and improve the system and standardization," the ministry wrote in a faxed response to questions. “As the next step, we will optimize the development environment, guide enterprises to improve battery-swap technology, promote the formation of a more mature business model, and further improve the convenience of new energy vehicle usage."

Electric-car makers including BAIC BluePark New Energy Technology Co. and NIO Inc. have already been testing battery-swap services, which they say take less than three minutes. The carmakers have also offered consumers the option of buying batteries and cars separately.

Yet without common standards, customers have been restricted to using just their own brand’s facilities. BAIC BluePark has set up 187 battery-swap stations in 15 Chinese cities for 16,000 electric-powered taxis, according to the company.

Shares of BAIC BluePark rose 3.8% in Shanghai to close at the highest level in four months.