Country's largest carmaker Maruti Suzuki India has resumed operations at its plants with due caution and revised safety protocols in place.Hyundai Motor India has already initiated two shifts at its Chennai plant and the third shift would commence from June 21.
By : HT Auto Desk
| Updated on: 21 Jun 2021, 08:55 AM 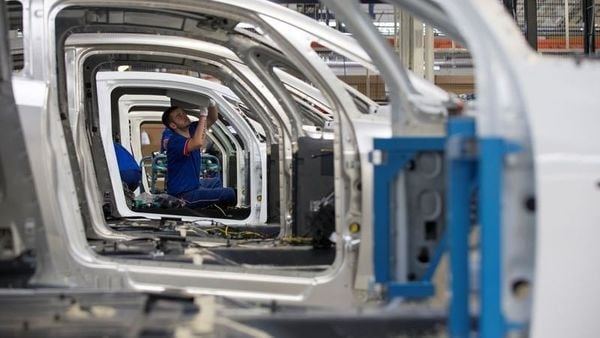 As the country starts seeing a decline in coronavirus cases from the second wave and states start easing local restrictions, various leading carmakers have initiated the process of ramping up vehicle production. Companies such as Maruti Suzuki, Hyundai, Honda, Tata Motors, Mahindra, Kia, among others are starting to increase manufacturing to "normal levels"to meet pent-up demand, clear backlog and reduce waiting periods of their products.

Auto firms, that were forced to close business temporarily due to lockdowns, now expect business activity to pick up with the opening of dealerships across states. "Production is gradually ramping up and likely to stabilise to normal levels by the end of the month, "Tata Motors Passenger Vehicle Business Unit President Shailesh Chandra told PTI. However, he noted that challenges related to global semiconductor shortages continue to hamper the production ramp-up.

Mahindra is reviewing the demand and supply situation and re-calibrating its operations accordingly, keeping in mind the interest of its customers, dealers and suppliers. "The endeavour is to ensure optimal level of inventory at plants and dealerships in order to be prepared for a rebound in demand once the situation returns to normalcy," said the company's Automotive Division CEO Veejay Nakra.

Country's largest carmaker Maruti Suzuki India has resumed operations at its plants with due caution and revised safety protocols in place. "We are ramping up production cautiously. Meanwhile, we continue to vaccinate all employees and families on priority," a company spokesperson said.

Honda Cars India expects improvement in business activity as restrictions have started easing in states. The company's dealers contributing to 42 per cent of its sales have opened and more dealerships as well as production will be increased gradually.

Hyundai Motor India has already initiated two shifts at its Chennai plant and the third shift would commence from June 21. Sister company Kia is also preparing to ramp up its production and start the third shift at its Anantapur facility soon. ""We have received consistent demand for all our products even during the most challenging economic and industry conditions," said Kia India Executive Director and Chief Sales & Business Strategy Officer Tae-Jin Park.

Luxury carmaker Audi is also ramping up production at its Aurangabad plant for models that are currently produced there – the Audi A4 and the Audi A6. "In parallel, we are also preparing for upcoming products that will be produced in India in the near future," said Audi India Head Balbir Singh Dhillon