The container truck lost balance after its driver felt sleepy while driving on the Agra-Lucknow Expressway.
By : HT Auto Desk
| Updated on: 19 Jun 2022, 03:05 PM 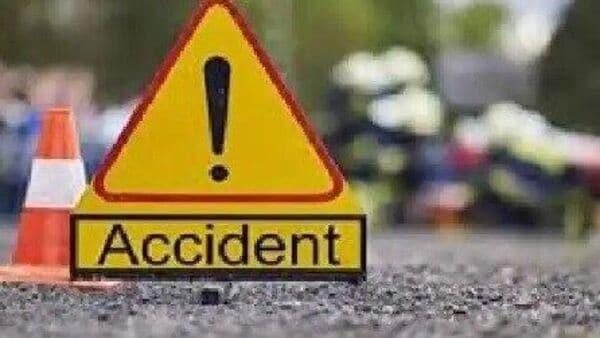 A vehicle travelling via the Agra-Lucknow Expressway collided with a container truck in the wee hours of Sunday, leading to the death of four members of a family, including two children. The incident took place between 5.00 am and 6.00 am under Hasanganj police station. The occupants of the vehicle were rushed to a hospital in Lucknow but were then declared dead by the doctors.

The deceased were identified as Akhilesh Mishra (40), his wife Babita Mishra (36), daughter Jyoti Mishra (10) and niece Priyanshi (12). The members of the family were on their way to Siwan to attend a family programme. The accident took place while they were on their way after the container truck lost balance due to driver feeling sleepy.

The truck then broke the divider and collided head-on with the car. Two more people were injured in the accident have been hospitalised in Unnao. Meanwhile, the bodies of the deceased persons have been sent for post-mortem examination, SHO of Hasanganj police station Akhilesh Chandra Pandey told PTI.

Reacting to the incident, Uttar Pradesh Chief Minister Yogi Adityanath expressed his grief over the loss of lives. He also ordered the district administration officials to ensure that the injured people get proper treatment.