Besides France and UK, several other countries in Europe are imposing fresh lockdown, though partial in nature, and is set to impact auto sales further in coming days.
By :
| Updated on: 05 Nov 2020, 07:55 AM 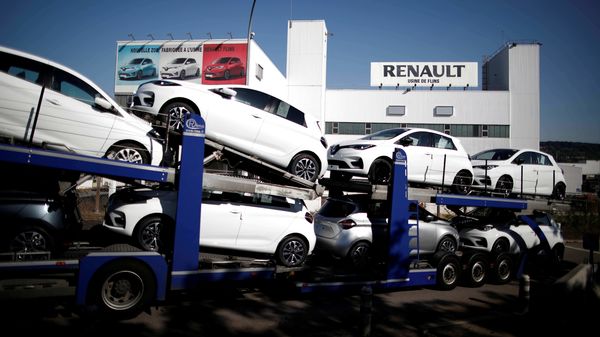 Car sales fell in Europe’s four largest auto markets last month, signaling demand has relapsed in the midst of another wave of the coronavirus cases hitting the region.

German new-car registrations dropped 3.6% in October from a year ago, the country’s Federal Motor Transport Authority said Wednesday. Sales plunged by more than a fifth in Spain, slumped 10% in France and slipped 0.2% in Italy, suggesting the industry will be unable to maintain the surprise growth seen in September.

The figures are a troubling potential harbinger of what lies ahead for Europe’s car industry and broader economy. Much of the month’s vehicle registrations were compiled before governments in several countries re-instituted tighter restrictions on public life in hopes of containing the resurgence of Covid-19.

While dealerships remain open in Germany, Chancellor Angela Merkel’s government has imposed a partial shutdown and is urging citizens to stay at home whenever possible. Austria, Greece and Portugal also have expanded limits for November, while Italy is restricting opening hours of businesses.

Peugeot maker PSA Group has canceled plans to add a shift of workers at its Sochaux factory in eastern France because of virus restrictions, saying it’s waiting to see whether its “click and collect" system for orders and deliveries can be put in place to get vehicles to buyers.

Auto sales in France “are set to deteriorate further," because of the new lockdown, Bloomberg Intelligence analyst Michael Dean wrote in a report. He now expects European car sales to drop by a quarter this year, worse than his earlier forecast for a 20% decline.

Countries including Germany and France earlier this year unveiled measures including state-funded loans and higher purchasing subsidies to backstop the car industry and encourage consumers to buy battery-powered models. While the aid helped bolster sales during the summer months, their effects have waned.

Complete regional registration numbers for October are scheduled to be published Nov. 18 by the European Automobile Manufacturers Association.