The Chinese automobile industry and market is the largest in the world. The going though has become tougher once again with sales dipping significantly in April.
By : Shubhodeep Chakravarty
| Updated on: 10 May 2022, 04:06 PM 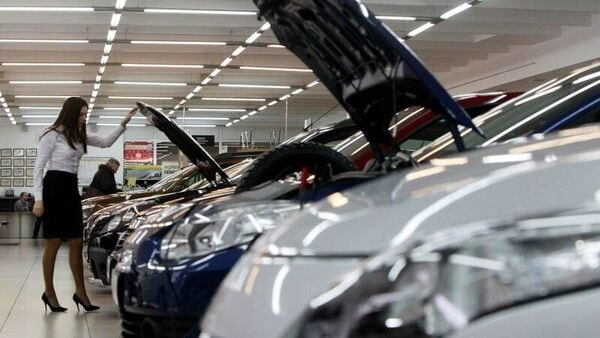 There is just no respite in sight for the global automotive world that has been battling its way from one challenge to another for only a new challenge to emerge on the horizon. And the biggest of them all has been the pandemic that has refused to fade away and its return in China has resulted in massive woes for the world's biggest automotive market.

Car sales in China took a nosedive in the month of April with 1.06 million units being sold. Now it may still seem like a healthy number but the fact is that this is a major fall by 35.7 per cent from a year ago. In fact, it is the biggest drop in sales of cars here since March of 2020 when the Covid-19 pandemic first reared its head. This time too, the cause - directly or indirectly is the rising number of Covid-19 cases in the country which has led to stringent lockdown in several cities, including Shanghai.

Shanghai is a major automotive hub in China but production has been halted by those with a presence here. Tesla, for instance, has had to suspend production due to lockdown restrictions. The company reportedly did not export any units from here in the month when it had dispatched as many as 65,814 units to foreign markets in just the preceding month. No or slow production means the pace of supply takes a tumble. But even still, the demand has been a pitter-patter too - in comparative terms - due to the restrictions in place.

While restrictions have had an impact on vehicle production in the country, parts are also in short supply. The semiconductor shortage has anyway been a crippling factor for the automotive world but the pandemic has resulted in supply of components continuing to take a hit. This is affecting not just global brands like Toyota and Volkswagen but almost every local manufacturer as  well.

The only consolation within the Chinese automotive industry is that sales of electric vehicles, also referred to here as new-energy vehicles, have been on the rise. New-energy vehicles include fully electric as well as plug-in hybrids. The rise in sales of such vehicles was at 282,000, a 78.4 per cent rise from figures a year ago. But experts aren't exactly celebrating yet because factors such as lockdown restrictions and parts' shortage affects vehicles of all kinds.