Truckers in Brazil have been upset over rising fuel costs, lifted by a rebound in oil prices and exacerbated by a weaker local currency.
By : Reuters
| Updated on: 28 Jan 2021, 10:52 AM 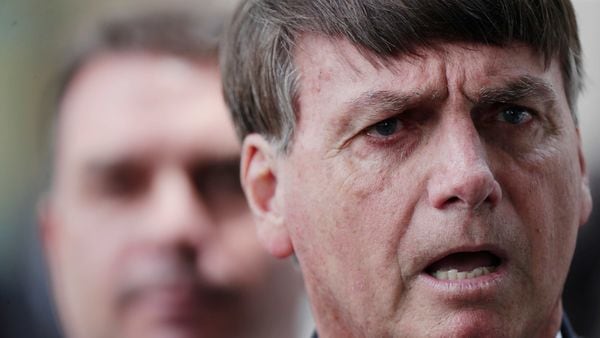 Brazilian President Jair Bolsonaro on Wednesday urged truckers not to strike on Feb. 1, suggesting he could lower diesel costs with tax breaks as he seeks to head off a crushing blow to the country's pandemic-stricken economy.

Speaking in Brasilia after a meeting with Economy Minister Paulo Guedes, Bolsonaro said the government is studying ways to cut diesel prices but said, "the solution is not easy."

Although it remains to be seen how wide any industrial action will be, a major strike would be a hammer blow to Brazil's economy that is still reeling from the effects of the coronavirus pandemic that Bolsonaro has done little to control.

"We are looking for alternatives, we recognize the value of the trucker for Brazil's economy, and we call on them not to go on strike because we are all going to lose, without exception," he said. "You will cause a disturbance in the economy, and we are living in a time of the pandemic. Look at what we went through last year, what we are still going through."

Truckers have been upset over rising fuel costs, lifted by a rebound in oil prices and exacerbated by a weaker local currency.

The proposed strike gained momentum on Tuesday as the oil workers union FUP offered its support and logistics worker union CNTTL urged its 800,000 members to join.

Memories are still raw in Brazil of a nationwide truckers' strike three years ago that sent shockwaves through Latin America's biggest economy.

In prior years, the government leaned on state-controlled oil company Petroleo Brasileiro SA to hold down prices, but Bolsonaro's government pledged early on to stay out of the company's pricing policy.

Bolsonaro said the government is studying alternatives to cut diesel prices, but that a reduction of 1 centavo in the federal Pis/Cofins tax represents 800 million reais ($148 million) that need to be found elsewhere.