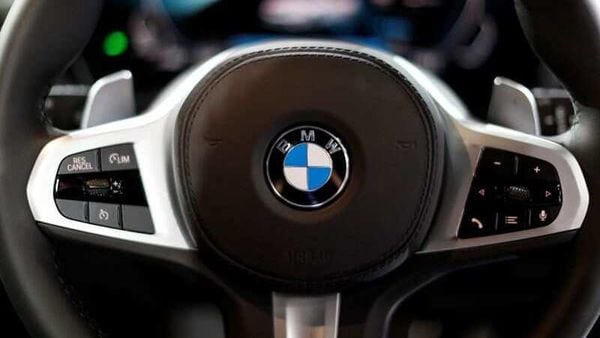 A Chinese automaker linked to BMW AG is looking increasingly in danger of a default, after missing a domestic bond repayment and seeing its debt sold off in recent days.

With some of its yuan notes yielding above 150%, investors appear to have priced in a strong possibility of an ultimate failure by state-run Brilliance Auto Group Holdings Co to honour a bond that came due Friday.

Parent of BMW’s joint venture partner in China, Brilliance Auto failed to repay its 5.3% three-year 1 billion yuan ($149 million) bond on time and said it is trying to raise funds and seeking a solution with investors. The borrower has a 30-day grace period to make good on the debt.

Shares of its Hong Kong-listed unit Brilliance China Automotive Holdings Ltd., which manufactures vehicles with BMW via a joint venture in China, dropped as much as 5.75% on Wednesday.

Why does it matter:

Concerns have grown about the financial health of Brilliance Auto since its Hong Kong-listed unit agreed two years ago to give up control over its joint venture with BMW by 2022. The China-based joint venture has been a crucial source of earnings for the group.

Worries about a default started intensifying in August when some banks set up a creditor committee to coordinate claims on Brilliance Auto’s debt. Brilliance Auto has 17.2 billion yuan in outstanding bonds, according to data compiled by Bloomberg.

While it hails from the rust belt northeastern province of Liaoning that hosts some of China’s bleeding state-run firms, the automaker’s debt woes appear isolated in nature and threaten limited contagion.

Brilliance Auto’s history dates back to 1949 when the People’s Republic of China was founded. It is one of the largest state-owned firms in the northeastern province, employing 47,000 people. It has four publicly-listed companies in Hong Kong and Shanghai, and about 160 units either wholly or partially owned, according to information on its official website.

In the first half of 2020, Brilliance Auto suffered a loss of 196 million yuan, according to its interim financial report. It generated 70 million yuan net profit attributable to shareholders in the same period a year ago. Cash from operations fell 16.75% to 4.96 billion yuan in the first half, while that from investing activities dropped by 123.63% to a negative 4.6 billion yuan.

What does the company say:

The automaker said in a statement dated Oct. 23 that it is faced with tight liquidity and funding pressure, adding there are “significant uncertainties" over its ability to raise sufficient funds in time.

What do ratings agencies say:

In a report released in June, Golden Credit said Brilliance Auto has low profitability and relies heavily on its joint venture with BMW. In addition, sales from the joint venture are expected to fall this year with the pandemic crimping demand, it said.

What are traders watching next:

Investors are now more focused on Brilliance Auto’s effort to raise cash for its bond repayment and whether it will be able to produce a debt workout plan with its major lenders on the creditor committee. All eyes are also on the Liaoning authorities who have so far remained mum on their stance over the troubled state firm.