Bentley aims to be the most diverse luxury car manufacturer

Bentley has revealed the Unifying Spur - a Flying Spur decorated with themes of diversity and inclusion - as a motif to mark this change.The four-wheeled masterpiece features nine colours used in the Progress flag and words - Love is Love - joined using a single line.
By : HT Auto Desk
| Updated on: 28 May 2021, 08:30 AM 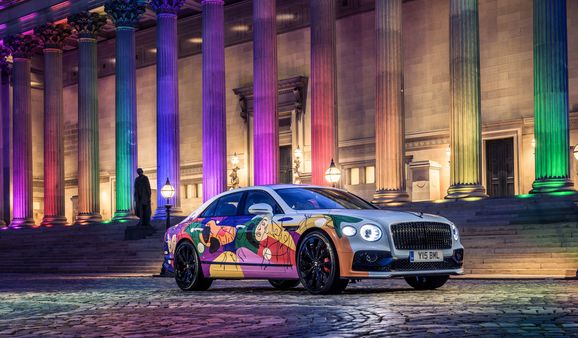 The Bentley Unifying Spur has been wrapped in the themes and ideas of love, progress and unity.

In a bid to become the most diverse luxury carmaker, Bentley Motors has set out a five-step diversity and inclusion plan under its Beyond100 strategy. As the 101-year-old company embarks on the journey of progress, it has set a target of increasing diversity in management to 30 per cent by 2025.

The company says that it recognised the fundamental importance of diverse experiences and perspectives to drive creativity and innovation. Its five-step strategy focuses on outreach, recruitment, succession planning, culture and development. The company has planned to give more prominence to organisations with diverse intakes while hiring early career talents, as well as will explore new pools of talent for established hires.

(Also read | Bentley Bentayga S with V8 engine unveiled, gets sportier than ever before)

Succession planning will be reviewed to ensure early identification of diverse talent within the business. Development programmes will help colleagues from all walks of life to grow and achieve their full potential. A positive culture will be promoted to remove unconscious bias among employees. Bentley's colleague network groups will also help drive engagement within the business through a series of strategic events and activities. 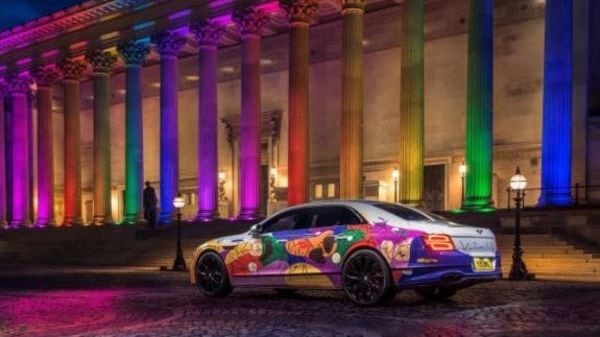 Artist Rich Morris has decorated the Unifying Spur with the ideas of unifying power of humanity, regardless of race, creed or sexuality.

As a motif of this change, Bentley has revealed the colourful 'Unifying Spur', which is a Flying Spur that has been adorned with an artist's design, capturing the themes and ideas of love, progress and unity. The Unifying Spur is the outcome of a challenge that was set for the Bentley Design team to come up with a four-wheeled masterpiece that captures diversity in all its forms. Designer Rich Morris, who paints and sculpts in his spare time, came to the fore with his automotive artwork.

He used the nine colours used in the Progress flag to design the Flying Spur. On the vehicle, the words "Love is Love" have been joined through a single, unbroken line; tracing faces, dancing figures and shapes. His art represents the unifying power of humanity, regardless of race, creed or sexuality. The Unifying Spur will be revealed to the Bentley colleagues at its Crewe factory before the vehicle sets out for external activity programmes in the coming months.