Gogoro has said its network of monthly subscribers eclipsed 400,000 and that it has surpassed 200 million battery swaps.The startup expects to receive roughly $550 million in proceeds from the merger.
By : Bloomberg
| Updated on: 16 Sep 2021, 08:00 PM 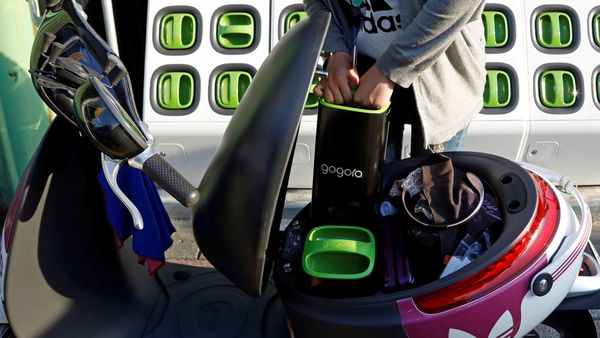 A Taiwanese startup called Gogoro Inc. that specializes in battery-swapping technology said it will go public through a merger with Poema Global Holdings Corp., the latest blank-check firm to cut a deal with a promising new company.

The deal sets Gogoro’s enterprise value at $2.35 billion and the combined entity will list on Nasdaq, the companies said in a statement. The startup expects to receive roughly $550 million in proceeds, including $345 million held by Poema and $250 million from a private investment in public equity, or PIPE, financing.

“We are talking about slightly over half a billion of cash proceeds to our book, which allows us to do the expansion that we need -- into China and into India, as well as further research and development -- and also develop markets we might be looking into," said Gogoro Chief Executive Officer Horace Luke in an interview.

Taipei-based Gogoro makes it easier to use electric scooters and other vehicles by skipping the complexity and delays of recharging batteries. Instead, customers can swap out their dying battery for a fully charged cell at one of more than 2,000 company stations.

Gogoro has touted its ability to help reduce energy consumption through its standardization of battery technology. Last month, it said that together with its customers, it had saved 300 million kilograms (661 million pounds) of carbon dioxide, the equivalent of what more than 30 million trees absorb in a year.

Poema, led by co-chairmen Joaquin Rodriguez Torres and Emmanuel DeSousa, CEO Homer Sun and President Marc Chan, raised its $345 million through a January initial public offering. It has previously said it’s focused on finding a company in Asia or Europe.

Earlier this year, Gogoro inked deals with China’s Jiangmen Dachangjiang Group and Yadea Group Holdings to build battery-swapping infrastructure in the country. Gogoro is set to launch a network in the southern Chinese city of Hangzhou in the fourth quarter as its first step into China and then it will go to nearby Wuxi, followed by expansion in half a dozen other cities next year, said Luke. In India, Gogoro has a partnership with Hero MotoCorp Ltd. and will kick off a pilot program in New Delhi in 2022, Luke said.

Last month, Gogoro said its network of monthly subscribers eclipsed 400,000, and that it has surpassed 200 million battery swaps.  In China and India, Gogoro will provide electronics that allow a third party’s existing vehicles to integrate its technologies, and sell batteries and battery stations to its partners, who will then operate the battery swap networks. Gogoro will also get a portion of the recurring revenue from subscriptions to the networks, according to Chief Financial Officer Bruce Aitken.