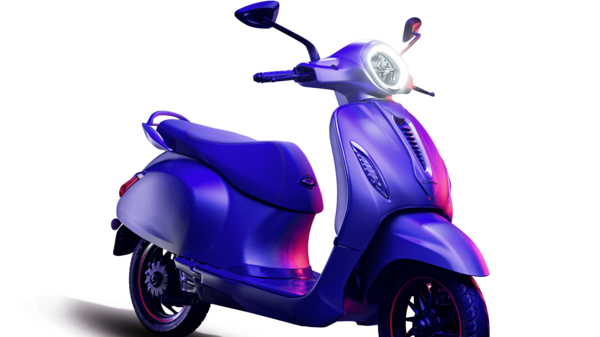 Two-wheeler major Bajaj Auto looks to amp up the sales infrastructure for its Chetak electric scooter in the country by taking the total sales locations for the model to 75 cities. The move is aimed at fulfilling the strong demand being witnessed by the e-scooter. Bajaj Auto had brought back the iconic Chetak scooter in its current electric avatar to the country in October of 2019.

Initially, Bajaj Auto had initiated the bookings for Chetak from only two locations in the country - Pune and Bengaluru. Over time, it expanded the sales locations across the country in a phased manner with the latest addition being Solapur in Maharashtra. Now, the company looks forward to taking the total number of cities in its retail footprint to 75.

When the Chetak e-scooter was first rolled out in early 2020, bookings had to be stopped due to the coronavirus pandemic. Bookings were restarted on April 13, 2021, but had to be stopped 48 hours later due to overwhelming demand for the electric scooter. “We are committed to the development of Electric Vehicles (EVs). Chetak is the first example," Bajaj Auto informed shareholders.

The statement noted that it cannot be predicted when the supply scarcity will end. "But till then, this will constrain your company's production volumes, as it will for all other automobile manufacturers," Bajaj stated.