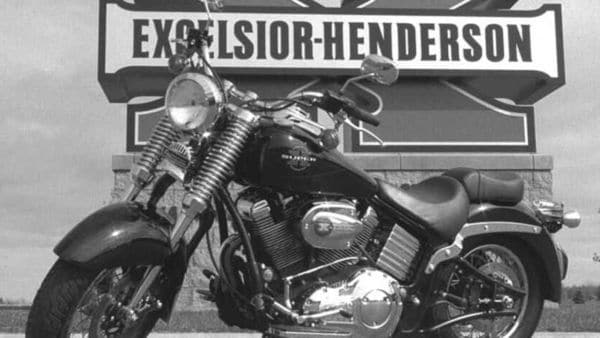 Bajaj Auto may be bringing back the classic American marque.

The Pune-based motorcycle maker, Bajaj Auto might be in a mood to revive the classic American marque as the brand has filed a trademark for the 'Excelsior-Henderson' name in Europe.

For starters, Excelsior-Henderson isn't exactly a new name and can be traced back to the late 19th century – 1876. Back then, it was known as Excelsior Supply Company and used to manufacture bicycles and cycle parts. Henderson started life a few decades later in 1911 and built inline-four engines. Both the names came together when the firms were acquired by the bicycle company Schwinn, and hence merged into Excelsior-Henderson.

Sadly, the firm had to cease operations in 1931 and it was only till the early-90’s that Minnesota-based Hanlon Manufacturing Company came up with an action plan to revive the brand. It was resurrected as a rival to the legendary Harley-Davidson brand after resting for decades in the grave and for a brief period, Excelsior-Henderson became one of the hottest names in the classic motorcycle segment in the late 1990s. It produced 1,386 cc S&S V-twin powered motorcycle - Super X. Sadly, the plan didn't quite come together as planned originally, and just two years after coming back to life, it went back closing its doors once again. It was also up for auction in 2018, but found no takers. 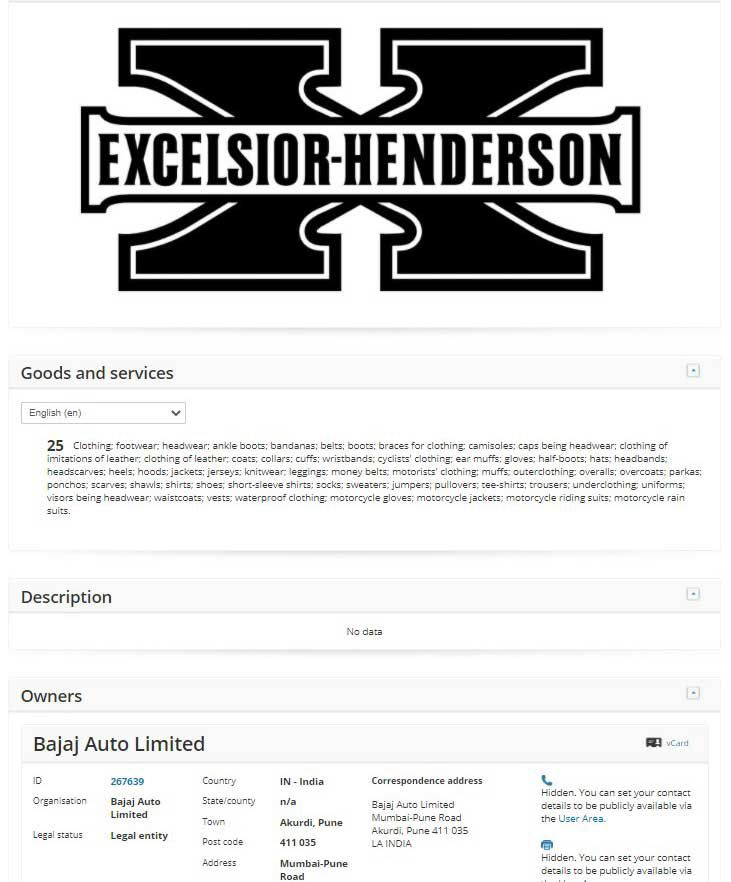 Till date Bajaj Auto has remained tight-lipped on the revival of Excelsior-Henderson name, though the new patent suggests otherwise. Image Courtesy: cycleworld.com

In 2018, Bajaj Auto filed a trademark for the Excelsior-Henderson name. It was under the motorcycle design class. For the record, this class includes vehicles, service, and parts. Now, recently, again a trademark for the Excelsior-Henderson name was filed with the European Union Intellectual Property Office (EUIPO). This time in the clothing class.

While the Pune-based automaker has remained tight-lipped on the revival of Excelsior-Henderson name, all the clues suggest that the American marque might come back to life sooner or later. Also, since most of the major bike makers including Hero and TVS have partnered or acquired stakes in a classic, old-school motorcycle manufacturer, Bajaj Auto might become the latest firm to announce a similar news.