Ferrari had a memorable start to the 2022 Formula One season with Charles Leclerc and Carlos Sainz finishing first and second, respectively. Seven-time world champion Lewis Hamilton finished the F1 race in the third spot after defending World Champion Max Verstappen had to retire his Red Bull due to engine trouble towards the end of the race. Teammate Sergio Perez, who took over third spot, also spun out in the final lap for a zero-point outing.

The last time Ferrari had a 1-2 finish in an F1 race was back in Singapore in 2019 when Sebastian Vettel took the first spot along with Leclerc in the second spot. But the final outcome this Sunday may not have been an outright surprise considering the Italian team had dominated in the qualifying session as well. Leclerc drove a near perfect race right from the start when he had the pole position. Despite often coming under threat from Verstappen, the Monégasque racer managed to keep his nerves. 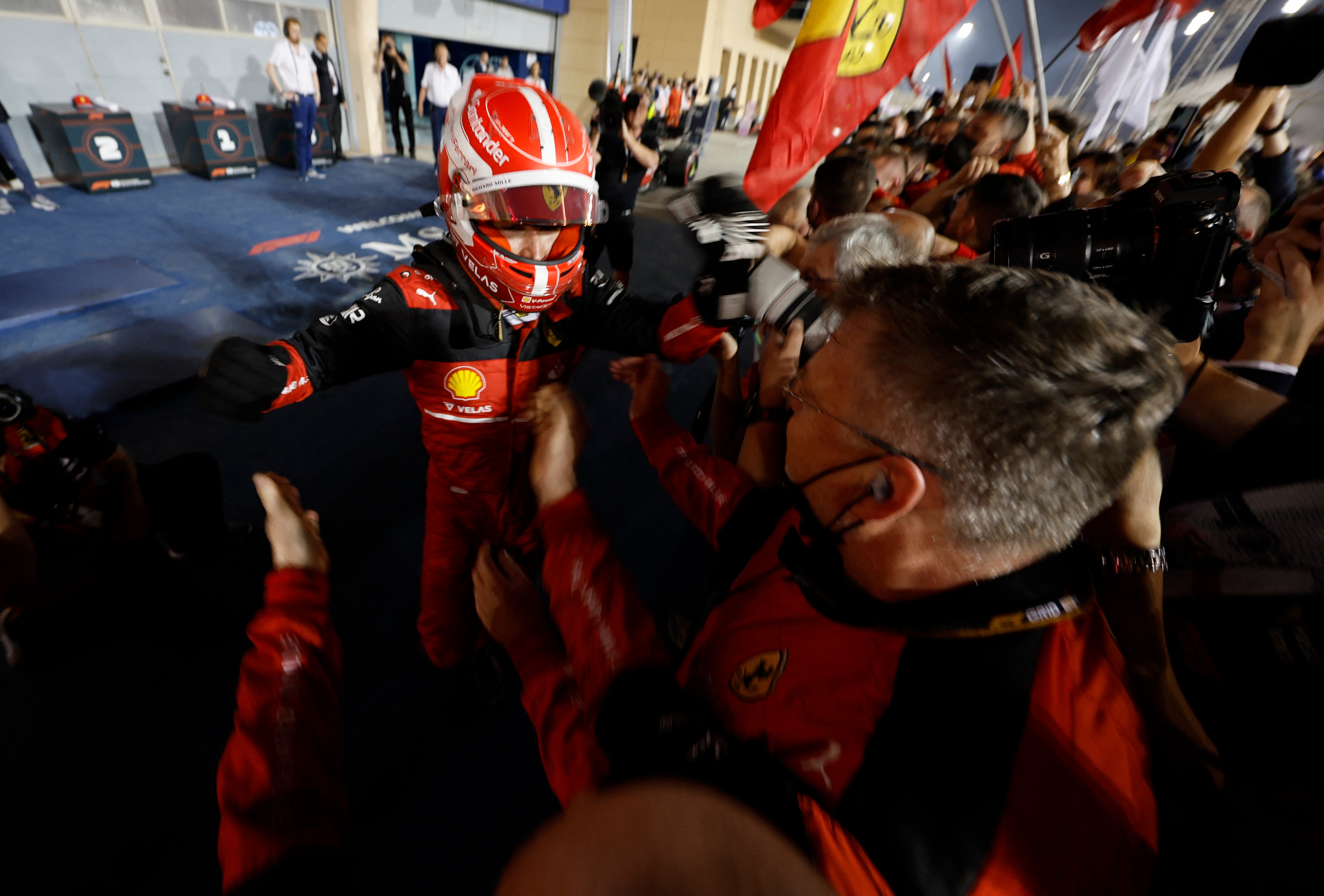 Charles Leclerc celebrates with members of his Ferrari team after winning the Bahrain F1 race. (REUTERS)

Mercedes had been struggling for pace through the qualifying session but Hamilton and new teammate in a young George Russell showcased dogged determination to stay high up in the fray. It paid off towards the end with Verstappen struggling with his steering after a late pit stop. Once he was forced to retire, Perez took over the Red Bull mantle but what could have been a duel right to the chequered flag ended in the Mexican spinning out.

It was, however, a memorable day in the office for Haas with Kevin Magnussen driving his car to the fifth spot, followed by Valtteri Bottas in his Alfa Romeo. Esteban Ocon in his Alpine, Yuki Tsunoda for Scuderia AlphaTauri and Fernando Alonso in Alpine and the second Alfa Romeo of Chinese racer Guan Yu Zhou making the top 10.

Among the big surprises of the race was McLaren racers Lando Norris and Daniel Ricciardo finishing towards the end of the field while Pierre Gasly having to retire his Scuderia AlphaTauri due to a fire.